Halfway June APE Holland started on the North Sea near the German island of Borkum with a special offshore project, vibrating 30 steel piles (monopiles) on which 30 windmills will be installed. The piles will be driven with the Super Quad Kong (SQK), an innovative and modular vibratory driver/extractor consisting of four APE vibros, which are connected to four hypermodern powerpacks, providing a total eccentric moment of 920 kg-m. By using the SQK vibratory hammer it is able to drive these monopiles environmentally friendly in a single run in the correct position at the bottom of the sea.

APE Holland is pleased that the contractor Seaway Heavy Lifting choose the option of using a vibratory hammer.

“By choosing this innovative way of vibrating, APE Holland can comply to the strict environmental rules which apply in Germany,” explains Martijn Kleine, Sales Manager at APE Holland. “The damage to the environment by noise and vibrations remains within acceptable limits.”

By using the traditional piling techniques with the conventional hydraulic hammers the noise is at a level that it causes major damage to marine life. “There are various solutions to reduce the noise, but it does imply that the piles have to be vibrated first,” said Martijn Kleine.

From the wish to have such piles driven without the use of impact hammers, APE Holland developed modular vibration techniques. “The noise of our hammer is much lower than a traditional hammer and the vibration process is faster than piling”.

The Super Quad Kong is specially developed for this offshore wind farm Riffgat in the North Sea, where Seaway Heavy Lifting is using their newest state of the art crane vessel “Oleg Strashnov”.

“After driving the first monopiles it was clear that our modular built vibratory hammer supplies sufficient power to show impressive results. For the first piles, we only used 50% of the total power of these hammers. With our SQK vibro we are able to drive these monopoles to a penetration of 31 meters in one run. The reason that the last 10m of the piles on the Riffgat field still had to be driven with an impact hammer has a reason. The owner of the field required a so called “blowcount”, which indicates the bearing capacity of the pile. This can only be done with an impact hammer until now.”

After the vibratory hammer was taken off the pile, a Noise Mitigation System (NMS) was put around the pile, after which the IHC S-1800 hydrohammer was put on the pile.

Kleine: “Where the pile was moving in only a few seconds after the SKQ was switched on, driving the first 10 meters with the hydrohammer started labored. For the first 25cm 100 blows of 1200 kJ were required to get the pile moving again. After that, the blowcount went back to 25 blows on the 25 cm.”

The monopiles which are used for the Riffgat wind farm project weighing between the 480 en 720 ton each. The length of the piles are between 53 and 70 meters with a diameter of 4,7 m on the top of the pile and a diameter of 5,7 up to 6,5 m at the pile tip.

Both companies are part of the Cape Holland Group and have great knowledge and skill in developing innovative techniques in vibration.

“We are unique in coupling different techniques, material and equipment that can be used together as one,” says Martijn Kleine. “Our experience with the OctaKong gave us an advantage in developing the Super Quad Kong for this project. Besides the vibratory hammer we are also supplying the required operational assistance for the operating our equipment for this wind farm project in the North Sea. And the next project for the piling of monopiles has already been signed.” 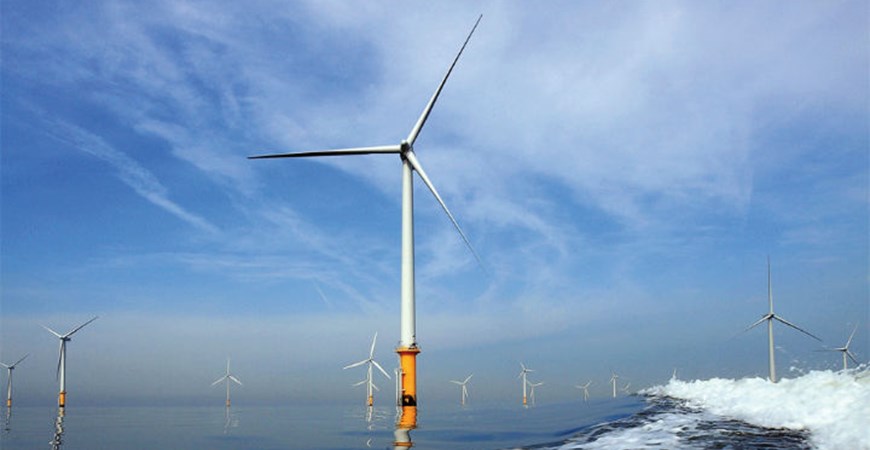 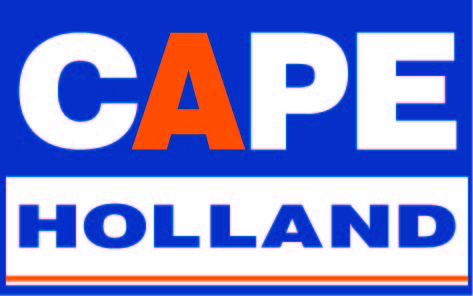