The global installed ocean energy power has more than doubled from less than 12MW in 2016 to over 25MW in 2017, according to a new Ocean Energy Systems (OES) annual report.

The annual report for 2017 states that the tidal current deployments have increased to over 17MW in 2017. The major projects behind this development are MeyGen with its Phase 1A in the UK, Paimpol-Bréhat in France, and the LHD Tidal Current Energy Demonstration Project in China, according to the report.

Wave energy deployments has also doubled to 8MW in 2017. The main drivers of this development are said to be the Sotenäs project in Sweden and Wello’s Penguin prototype at the European Marine Energy Centre (EMEC) – which has just marked one full year of continuous deployment off Orkney.

However, some of these wave and tidal current projects suffered removals and redeployments. Ocean thermal energy conversion (OTEC) and salinity gradient have a minor share of the global installed ocean energy capacity so far.

These deployments have mainly occurred in Europe and in second place in Asia, it is stated in the report.

The 2017 OES Annual Report, released on March 12, 2018, also features an assessment of national policies, and research and technology demonstration on ocean energy.

The paper looks at the achievements and progress made by each of the 25 OES members throughout 2017 and gives an overview of their collaborative projects within OES.

The new report features an in-depth interview with Andrea Copping, from the US Department of Energy (DOE) Pacific Northwest National Laboratory, who commented on the evolving environmental challenges as larger-scale commercial developments are installed.

Copping said: “There continue to be challenges in consenting for wave or tidal devices due to concerns over environmental effects. However, we are making stride in better understanding potential effects on marine animals, and we hope to be able to ‘retire’ certain risks in the near future.”

The report reflects the underpinning pivotal benefits of international collaboration, namely the global perspective, knowledge sharing between members and access to advanced innovation teams around the world.

This includes the development of a common framework for international stage gate metrics to be used by technology developers, investors and funders, according to OES.

Henry Jeffrey of the University of Edinburgh and the current Chairperson of the OES, said: “2017 has been a landmark year in ocean energy. Cumulative ocean energy capacity has doubled worldwide from less than 12MW in 2016 to over 25MW in 2017.

“We have seen many useful international collaborations develop, particularly between the USA and Europe. However, globally we are still waiting on clear market signals for wave and tidal projects. Such market signals are vital for the industry to progress towards commercialization.”

OES, also known as the Technology Collaboration Program on Ocean Energy Systems, is an intergovernmental collaboration between countries operating under a framework established by the International Energy Agency.

The aim of OES is to advance research, development and demonstration of conversion technologies that harness energy from all forms of ocean renewable resources. 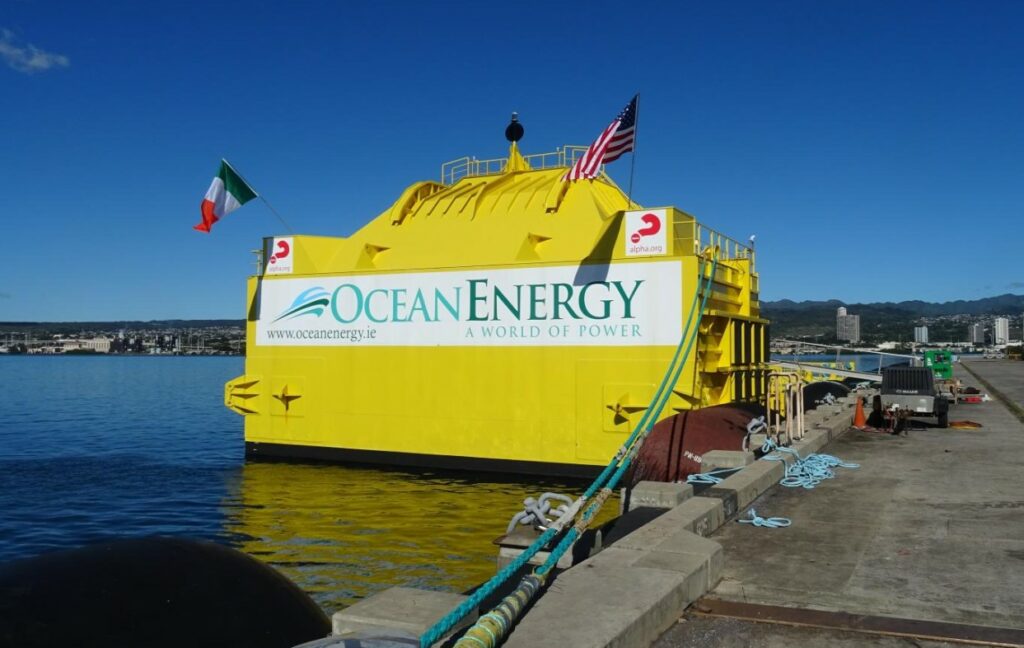