GAS NATURAL FENOSA inaugurated a new Liquefied Natural Gas (LNG) station in Motilla del Palancar, which brings the number of stations for this type of fuel in Spain to 16, making it the country with the fourth most LNG stations in the world.

The inauguration ceremony was attended by the mayor of Motilla de Palancar, Jesús Ángel Gómez Molina; the representative for the Castile-La Mancha Regional Government in Cuenca, Rogelio Pardo; the deputy representative for the central government in Cuenca, Ángel Mariscal; the president of the Provincial Council, Benjamín Prieto; the director of Mobility Solutions for Gas Natural Fenosa, José Ramón Freire; Javier Santiago Monedero, the general manager of Monegas, the company housing the station; and extensive representation from local businesses in the area.

The new station, which has a 60 cubic metre tank, can supply LNG and compressed natural gas (CNG), using a dual-purpose refuelling hose. The infrastructure can refuel 10,000 lorries that use liquefied natural gas and 40,000 light vehicles that use CNG every year.

Boasting a privileged location on the A-3 Motorway, the station is ideal for supplying long-haul transport fleets. It can also supply municipal waste collection vehicles and fleets of buses.

Part of the European GARneT project

The Motilla del Palancar station is one of the seven that have been built in Spain within the European GARneT project (Gas as an Alternative for Road Transport), led by GAS NATURAL FENOSA. The stations, installed along the main transport corridors, supply liquefied natural gas and compressed natural gas to vehicles that use these fuels.

GAS NATURAL FENOSA has 36 public and private stations in Spain, with a supply capacity of 1,003 GWh/year. These stations serve most of the more than 3,700 vehicles that use this fuel in Spain, which are primarily buses, waste collection lorries, taxis and company fleet vehicles. 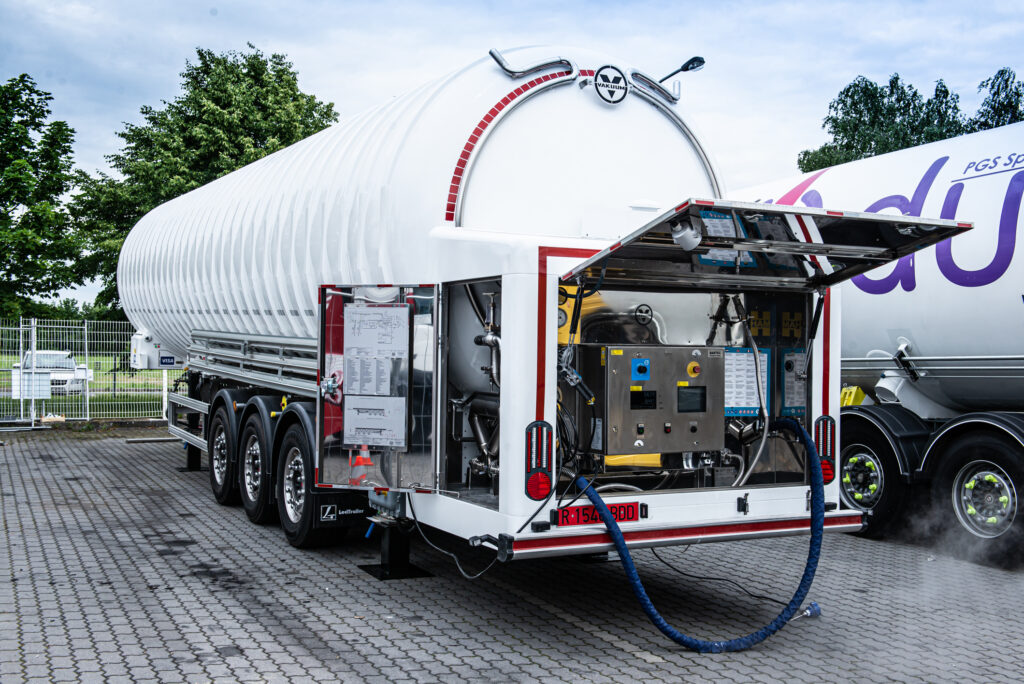