Golar Power has teamed up with Argentina’s Galileo Technologies to expand its LNG footprint in Brazil.

Golar Power, a joint venture of Golar LNG and Stonepeak Infrastructure Partners, says this initiative will increase the share of local LNG in its supply.

The venture aims to boost energy transition towards a “cleaner energy chain with a lower carbon footprint in Brazil.”

It plans to do this by helping customers switch from diesel fuel, LPG or heavy fuel oil to natural gas.

Furthermore, the deal bewtween the duo targets achieving a cleaner fuel source by focusing on the production of bio-LNG.

The first cluster will include two Cryobox LNG production stations connected to a gas conditioning plant.

These will produce 30 tons a day of LNG in a mature upstream field in the state of Bahia.

The second cluster in Sao Paulo will capture and liquefy biomethane coming from landfills.

It will have a cryobox station with the capacity of providing up to 15 tons a day of bio-LNG.

Marcelo Rodrigues, VP of Golar Power said thanks to this deal the company will add bio-LNG to its portfolio thus offering consumers “less expensive and cleaner alternatives to conventional fuel.”

With this LNG solution, the venture would take advantage of Brazil’s gas out of the system and commercialize it as liquid fuel.

Once distributed through the road network, LNG will feed electric power stations, natural gas distributors, industries, as well as light and heavy vehicles.

“Unlike previous generation technologies, our gas treatment and liquefaction technologies adapt to scattered methane sources, which frequently are those closest to consumers,” said Horacio Andrés, vice president of Galileo’s unit in Brazil.

“The solutions developed by Galileo allow for the escalation of the installed capacity by means of modules; this will help us meet the growth of the demand with flexibility and supplement our small scale LNG projects and technologies,” said Rodrigues.

By distributing LNG through the road network, Golar Power said it would overcome the limits posed by the local gas network infrastructure.

Brazil has about 9,409 km of pipelines which serve only 5% of the country’s municipalities.

“Our challenge is to take natural gas to those places, and that is why we chose LNG for small-scale distribution,” said Rodrigues.

The development of new gas sources in Brazil will be paired with new consumption alternatives.

These would be the Brazilian version of Blue Corridors.

By using LNG, heavy vehicle fleets will reduce CO2 emissions by about 20%.

The FSRU Golar Nanook that supplies the facility recently received its third cargo since launch in March.

The Sergipe development includes a regas terminal and the 1.5GW plant in Porto de Sergipe. 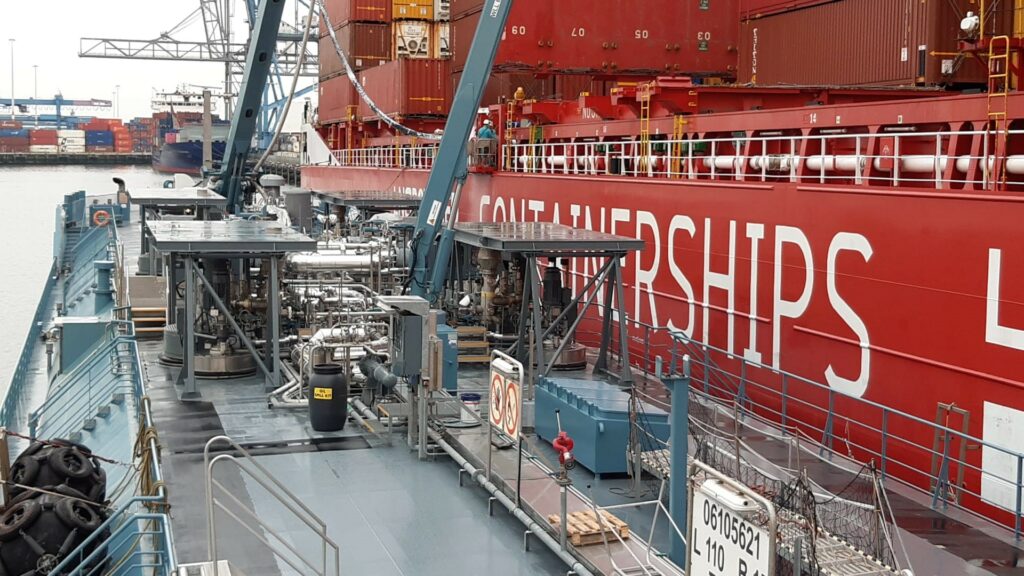