Bermuda-registered dry bulk shipping company Golden Ocean Group Limited has taken various initiatives with respect to its fleet, including adjustments to its newbuilding program, as it endeavors to strengthen its cash position and balance sheet in the current weak market.

Within the framework of those measures, Golden Ocean has agreed a sale leaseback transaction of eight of its owned Capesize vessels with Ship Finance International Ltd.

The vessels are named Golden Beijing, Golden Zhoushan, Golden Magnum, Battersea, Belgravia, Golden Zheijang, Golden Future and KSL China and were built in Korea and China between 2009 and 2013.

The total acquisition price will be USD 272 million, or USD 34 million average per vessel. The vessels are expected to be delivered to Ship Finance within July 2015, subject to customary closing conditions.

The vessels will be chartered on time-charter basis to a subsidiary of Golden Ocean for a period of 10 years. The daily base charter rate will be USD 17,600 during the first seven years, and USD 14,900 thereafter.

Under the deal, Golden Ocean will have a purchase option after year 10 of USD 112 million enbloc, and if such option is not exercised, Ship Finance will have the option to extend the charters by 3 years at USD 14,900 per day.

Golden Ocean added that it has also reached agreements with several of its yards to delay the construction of the newbuilding contracts with about 75 months on aggregate basis.

“This will postpone capital expenditure and possible cash burn on sailing vessels as the market is currently below cash break even. After this it is expected that 6 vessels will be delivered in 2015, 15 vessels in 2016 and 4 vessels in 2017. There is still work in progress to improve delivery positions further,” the company said.

Golden Ocean has also agreed to sell four of the Capesize vessels currently under construction at a Chinese yard to a third party. The company plans to finalize the construction of the vessels and transfer ownership to the new owner upon delivery from yard. For three of the vessels Golden Ocean said it would charter the vessels back on time charter for 6 to 12 months, in line with the original contract price.

Further, the shipping company has sold the vessels Channel Alliance and Channel Navigator to a third party, as part of the company’s fleet renewal. These vessels will be delivered to new owners within the end of June 2015.

When these adjustments to the fleet have been completed Golden Ocean will have an owned and long term chartered in fleet of 40 Capesize vessels, in addition to one owned in a JV, 10 ice class Panamax vessels, 1 Panamax vessel, 9 Kamsarmax vessels and 9 Supramax vessels.

Following these transactions Golden Ocean said it will have secured financing for all newbuilding contracts except nine vessels with delivery in 2016 and 2017. 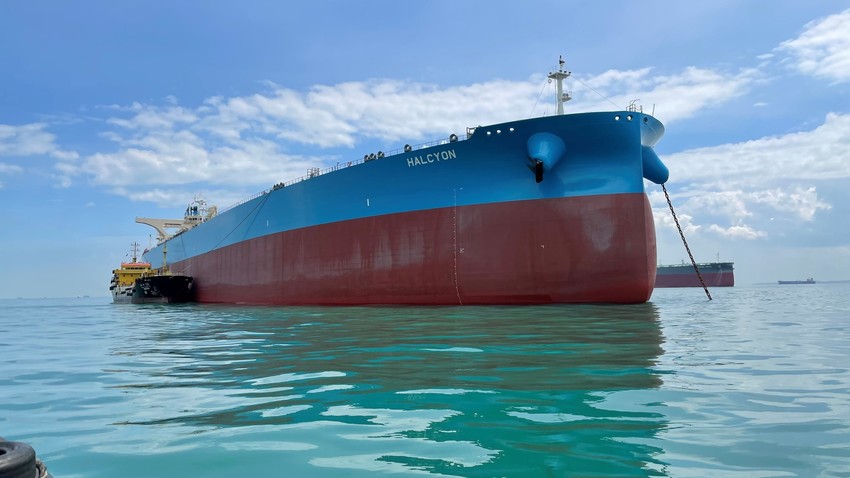