Two years after launching the first modern cargo sailboat in the world, French company Grain de Sail is responding to the high demand for carbon-free maritime transportation by releasing a full offer of sail freight.

This represents the first step in anticipation of the delivery of the second cargo sailboat, the Grain de Sail 2, which is expected to significantly increase transportation volume capabilities and departure frequencies.

To remind, in February this year, the company ordered another wind-powered freighter, expanding its carbon-free maritime fleet.

As explained, the latest move marks a notable evolution for the firm as it opens its cargo hold to external clients. From the beginning, the company only transported for its own needs and had integrated maritime logistics with the on-land production of coffees and chocolates.

Since the maiden voyage of its first cargo sailboat in November 2020, the French company said it had received many calls from other companies wanting to use its ship. An initial successful test in the spring of 2022 with three clients from the wine sector provided confirmation for Grain de Sail’s new approach.

The new offer will be officially launched in November 2022 to coincide with the next scheduled departure.

The 24-meter Schooner is capable of transporting up to 50 tons of goods. This first cargo sailboat has already crossed the Atlantic Ocean eight times in the last two years (a total distance equivalent to two circumnavigations) and transported and delivered over 250 tons on either side of the Atlantic.

The solution for decarbonized maritime freight

Grain de Sail navigates on average at cruising speeds of between 7 and 8 knots and is able to load and unload in all sizes of commercial ports.

Grain de Sail now enables clients to load freight aboard its first cargo sailboat capable of transporting up to 50 tons and operating two Transatlantic roundtrips per year. The fleet will expand soon as the next cargo sailboat, Grain de Sail 2 is currently under construction and planned for delivery at the end of 2023.

This new ship will increase Grain de Sail’s loading volumes sevenfold (350 tons or 240 pallets) and will generate more frequency with at least three Transatlantic roundtrips scheduled per year. When the Grain de Sail 2 becomes operational, it is planned that the first cargo sailboat of the fleet will be assigned to European coastal navigation along the Atlantic seaboard.

“This is an expected and logical evolution for Grain de Sail. We are happy to launch this new service now and concretely make cargo sailing more widely available. Our services will continue to expand especially with the arrival of our next larger vessel. For now, it’s the opportunity to work on a small scale with partners who have a long-term approach,” Matthieu Riou, Export Director for Grain de Sail, commented. 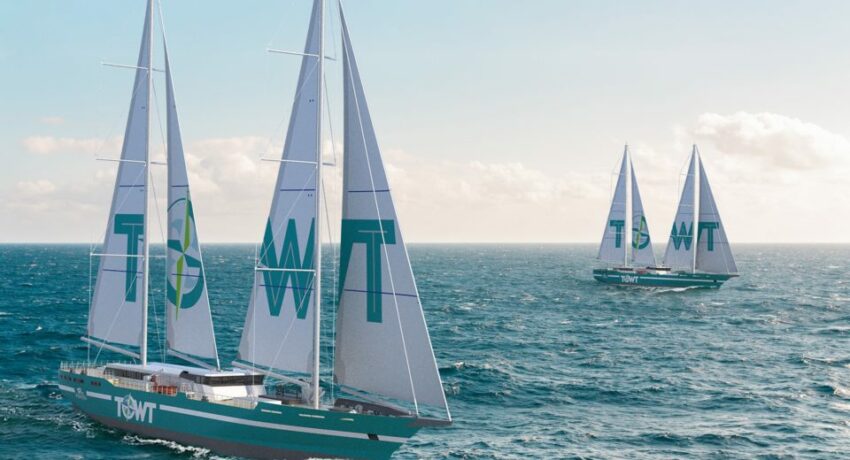