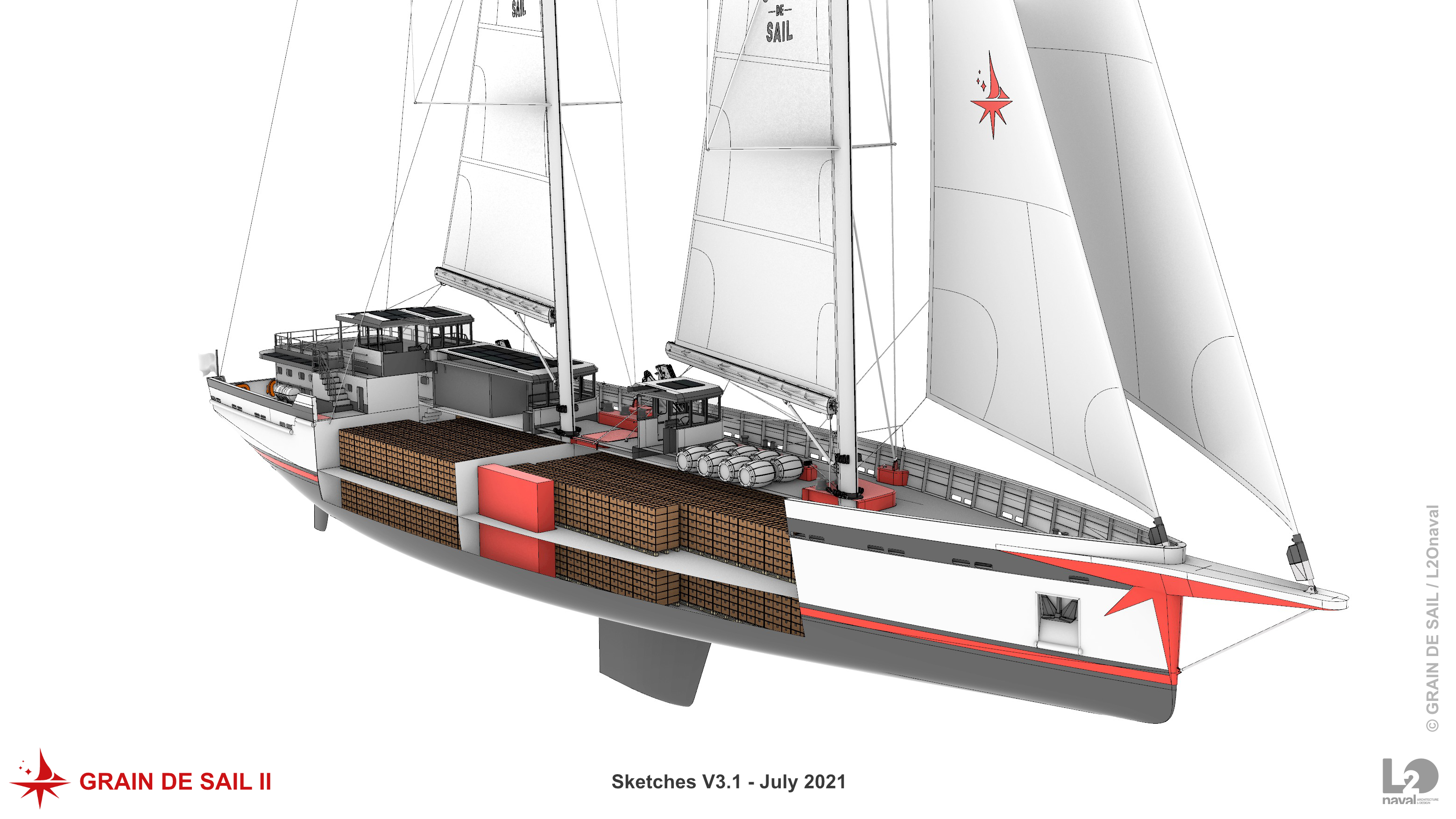 The shipbuilding contract was signed during the One Ocean Summit week in Brest aboard Grain de Sail 1 — the company’s first sailboat — on 11 February.

The Grain de Sail 2, a pure sailing freight vessel with over 350 tons of payload capacity, is expected to be delivered in late 2023.

By ordering its second sailboat, the company from Morlaix, Brittany, wants to expand its transportation capabilities and meet the increasing demand for its coffees and chocolates.

Since November 2020, Grain de Sail has been operating the world’s first cargo sailboat to meet international maritime regulations — an eponymous schooner-type vessel of 24 meters and 50 tons of payload capacity.

The company has this time designed a ship twice as long in collaboration with the naval architecture firm L2Onaval. The newbuild will feature a length of 52 meters and a beam of 10.7 meters.

The overall budget for the build is kept confidential but will remain below the €10 million mark, according to Grain de Sail.

Grain de Sail has selected two firms to build its next wind-propelled freighter — Piriou will manufacture the hull at its shipyard in Ho Chi Minh City, Vietnam while Lorima will provide the rigging and install it in Lorient, France.

The ship — wind propulsion and renewable energies on board

Grain de Sail transported by sail around 55% of the cacao mass used in its chocolate factory during 2021 thanks to its first cargo sailboat. The first unit will be repurposed for coastal shipment within Europe once the new vessel is in operation.

The next ship will enable 100% of its raw ingredients to cross the Atlantic carbon-free for use in the chocolate factory and coffee roasting facility located in Morlaix, France.

Grain de Sail 2, to be registered under the French flag, will make transatlantic routes from St Malo (its homeport) exporting wines and other fine products from France and Europe to the United States and bring back raw ingredients from Latin America to France.

It will be built in aluminum and have a payload capacity of 350 tons, up to 238 pallets loaded on two levels in two separate holds.

In addition, a separate tank will be able to receive up to 18 cbm of bulk liquid while on deck there will be another 5 cbm for liquids in barrels. With 1170 square meters of sails, Grain de Sail 2 will be efficient even in light wind conditions and is designed to be maneuvered by two experienced sailors, according to the company.

Onboard, cabins will accommodate the nine crew members.

Crossing of the Atlantic, depending on routing choices and wind conditions, is estimated at around 2 weeks thus permitting three to four round trips per year.

Grain de Sail 2 seeks not only to transport goods without carbon emissions it also seeks to maximize reduction of its overall carbon footprint by incorporating renewable energy production systems to provide electricity on board — solar panels and hydrogenerators.

Only a small IMO TIER 3-approved engine will make use of fossil fuels during maneuvers into and out of ports, as well as diesel-generators for safety and to be used only in case of need as a backup to green energies, the company explained.

An economic ecosystem in Brittany for wind propulsion

Accompanied by L2Onaval, based in Lorient (Brittany), Grain de Sail significantly incorporated first-hand experience of navigating with its first cargo sailboat and was thereby able to reach a concept design for Grain de Sail 2 that will serve as the first in the series of sister ships to be constructed in the future.

“We are pleased to enter the construction phase with two experts from Brittany such as Piriou and Lorima. We have already learned so much with our first cargo sailboat and now has come the time for Grain de Sail to prove that carbon-free maritime transportation can work on a larger scale,” Jaques Barreau, co-founder and managing director of Grain de Sail, commented.

“Within a few weeks, this is the 3rd sailboat awarded to Piriou which reinforces our commitment and places us at the forefront of carbon-free maritime transportation, by adding a whole range of sail-powered freighters for our clients. We thank Grain de Sail for entrusting us with this build,” Vincent Faujour, president of PIRIOU Group, said.

The ship is financed by Caisse d’Épargne Bretagne / Pays de Loire with FIMAR as maritime financial arranger. Bpifrance and Crédit Mutuel Equity are also participating in the financing via their recent equity investment into the Grain de Sail Group. 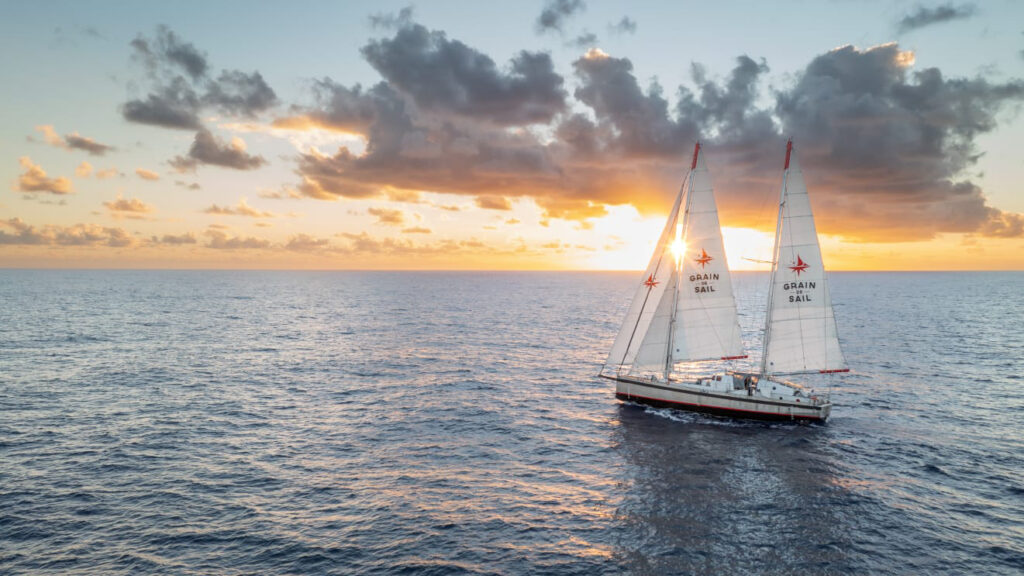