The second in a series of three sister units, the 199,9-meter-long Grande New York is deployed on the Mediterranean-North America route.

It is equipped with four hoistable decks making it an extremely flexible vessel, transporting any type of rolling cargo up to 5.2 meters high.

In addition, the vessel has two access ramps, a side ramp and a quarter stern ramp, the latter allowing the loading of freight units with a weight up to 150 tons.

Grimaldi Group said that the Grande New York is a “highly performing ship from an environmental point of view.”

The unit is fitted with an electronically controlled (Man Diesel & Turbo) main engine that allows to comply with the new regulations for reducing NOx emissions, while the installed scrubber reduces sulfur oxide (SOx) emissions.

Moreover, the vessel is equipped with a ballast water treatment unit, in order to meet the future international regulations on this matter. 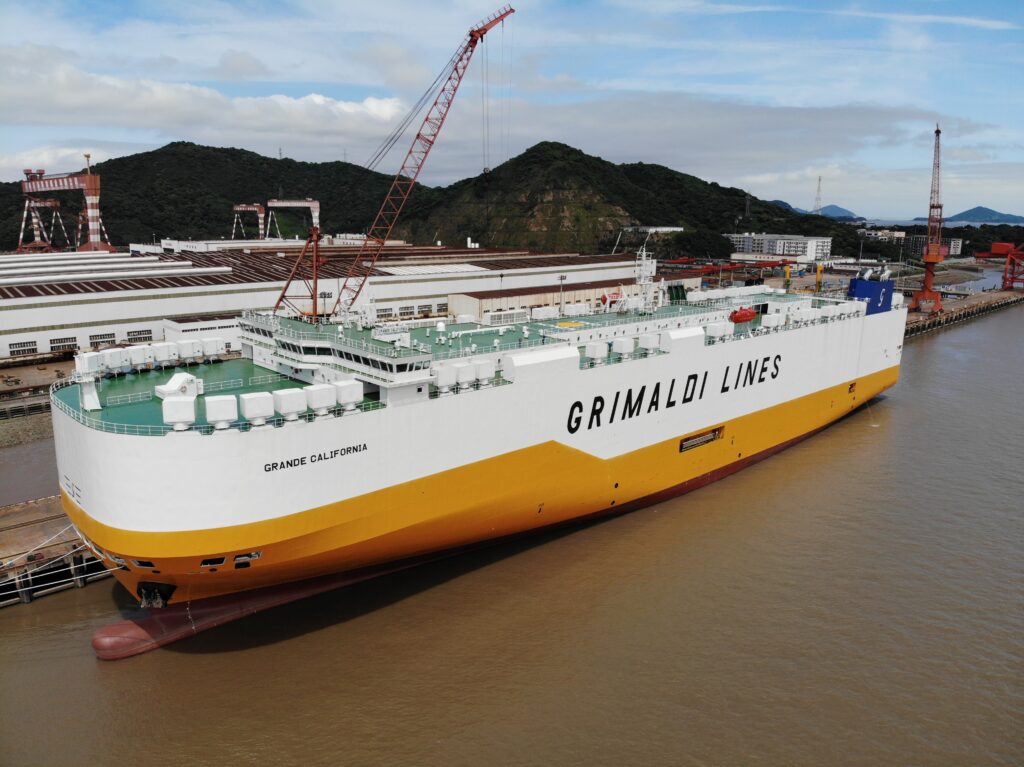