The certificate confirms that the SkyBench design, aimed at increasing cargo capacity of large container ships, complies with the new DNV GL rules for the classification of ships. It is the result of a development project conducted by HHI in collaboration with DNV GL.

HHI has also tested a working 1:2 scale mockup of the design at its yard in Ulsan, South Korea.

DNV GL has granted two consecutive approvals of the Sky Bench as well as the statement of witness for the mock-up test. In June 2015, the classification society presented the shipbuilder with the first AiP for SkyBench concept.

“The SkyBench shows how the industry’s increased focus on efficiency and maximising transport capacity has really sparked innovation in design and operation. Additionally, the potential of this design to offset reduced cargo capacity when choosing LNG as ship fuel means that HHI can offer a design tailored to meet stricter sulphur emission limits in the future,” Ian Edwards, DNV GL’s Head of Approval Centre Korea, said.

The bridge and upper three decks of a “twin island” design container operate as a separate sliding block, mounted on rails and able to move over the length of two 40ft container bays. In combination with a resizing and relocation of fuel tanks and the utilization of the void spaces beneath the accommodation block in a traditional design, this allows the addition of two extra 20ft container bays.

The SkyBench mechanism takes ten minutes to operate at port, using four electric drive train units to move the block backwards from its normal position. The two 40ft side casings on which the accommodation block rests provide structural strength and hold lifeboats, provision cranes and utility rooms. In an emergency, the sliding block is detachable and is designed to float independently of the vessel. 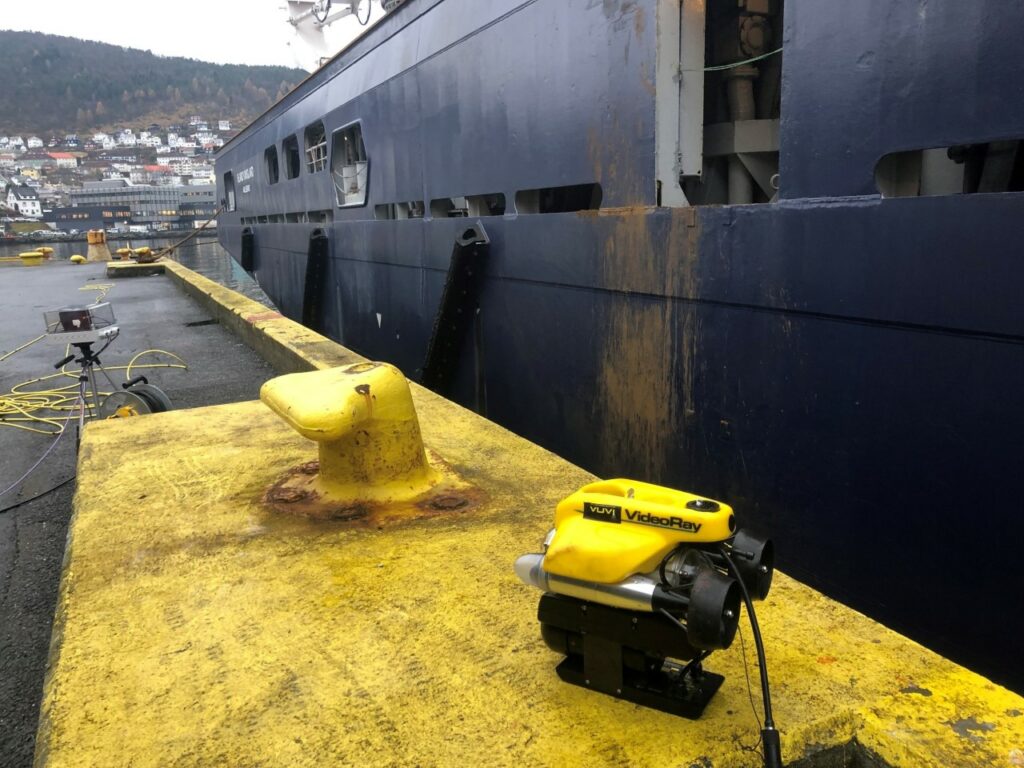