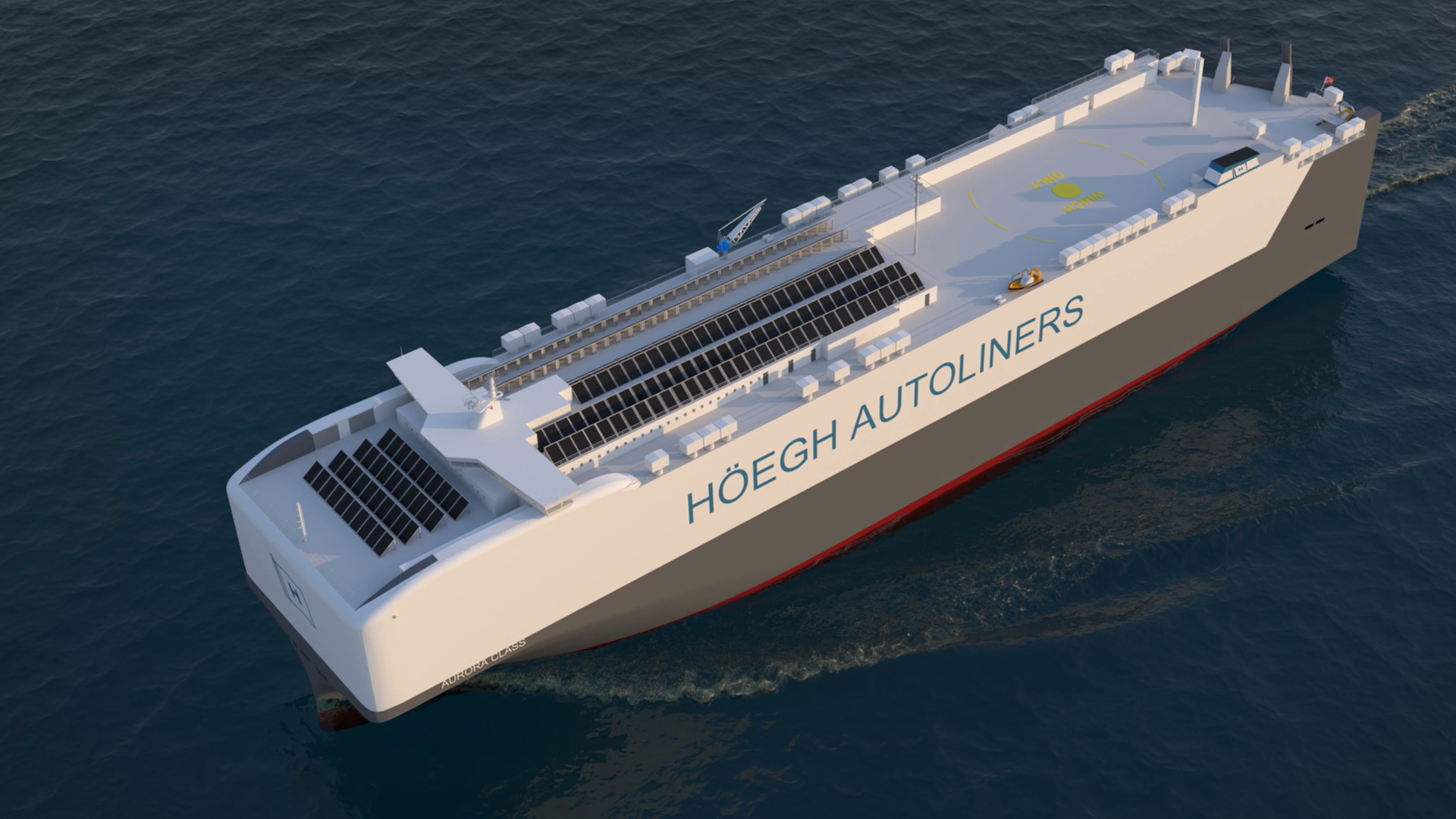 Under the terms of the contract, the first two pure and truck carriers (PCTCs) will be delivered in the second half of 2024 and the next two vessels in the first half of 2025.

In addition, Höegh Autoliners has options for another four-plus-four Aurora-class vessels.

The Aurora class will have DNV’s ammonia and methanol ready notation. The new vessels will be the first in the PCTC segment able to operate on zero-carbon ammonia.

As explained, the Aurora class is designed to transport the cargo of the future. The vessel’s strengthened decks and enhanced internal ramp systems enable electric vehicles on all decks and provide more flexibility for heavier project cargo.

The vessel’s multi-fuel engine can run on marine gas oil (MGO) and liquefied natural gas (LNG). With modifications, the vessel can transition to use future zero-carbon fuels including ammonia or methanol.

Together with the capacity to carry up to 9,100 cars, the Aurora class will be “the world’s largest and most environmentally friendly” car carrier, according to the company.

“The innovative design of the zero carbon ready Aurora class will enable our customers to decarbonise their supply chain.”

The transformational newbuilding program is expected to accelerate the company’s green transition, expand the fleet, and deliver low-to-zero emission transportation services to its customers.

“We are excited to partner with China Merchants Heavy Industry and secure the delivery of the world’s largest and most environmentally friendly PCTC vessels already by 2024,” Andreas Enger, Höegh Autoliners CEO, said.

“The Aurora class represents the future of our business. It will further strengthen our service offering, accelerate our path to zero and put us in the forefront of sustainable shipping.”

In October 2021, the Norwegian company signed a letter of intent (LoI) with CMHI for the construction of the ammonia-ready Aurora-class fleet.