It is the first of seven vessels in the Coastal Express fleet to be upgraded, and now features technology that will significantly reduce both CO2 and Nitrogen oxides (NOx) emissions.

“With MS Richard With back in operations as a fully-upgraded ship, guests can sail the Norwegian coast on a quieter … and environmentally friendly ship, while enjoying a traditional experience unlike anything in the world. Over the next year, all our seven Coastal Express ships will be upgraded to be more sustainable,” Hedda Felin, CEO of Hurtigruten Norway, said.

As part of a major effort to make Hurtigruten Norway’s fleet more sustainable, the company has invested nearly €100 million towards green upgrades that will be implemented by early 2024.

“Becoming a green company means investing in efforts with documented effects, such as the ones we are doing now. As a result, by next summer, we will have three upgraded hybrid ships sailing the coast, and our entire fleet will be more energy efficient, cutting CO2-emissions by 25% and NOx by 80%,” Felin added.

MS Richard With has gone through extensive upgrades and been retrofitted with battery packages, brand new engines, and new propulsion systems at Myklebust Yard in northwestern Norway.

All Hurtigruten Norway’s seven ships will also be fitted with SCR systems that cut NOx emissions by a massive 80% by early 2024.

“This is one of the largest environmental upgrades of its kind in Europe, and the largest in Hurtigruten’s history,” Felin pointed out.

“Our goal is to get to zero emissions, and the work to plan the next generation zero emission vessels has already started. Until that technology has been pioneered, we are investing heavily in giving our existing fleet a green upgrade with the best technology available today, but our plan is to have the first emission-free ship in our fleet by 2030, and we’re working hard on achieving that.” 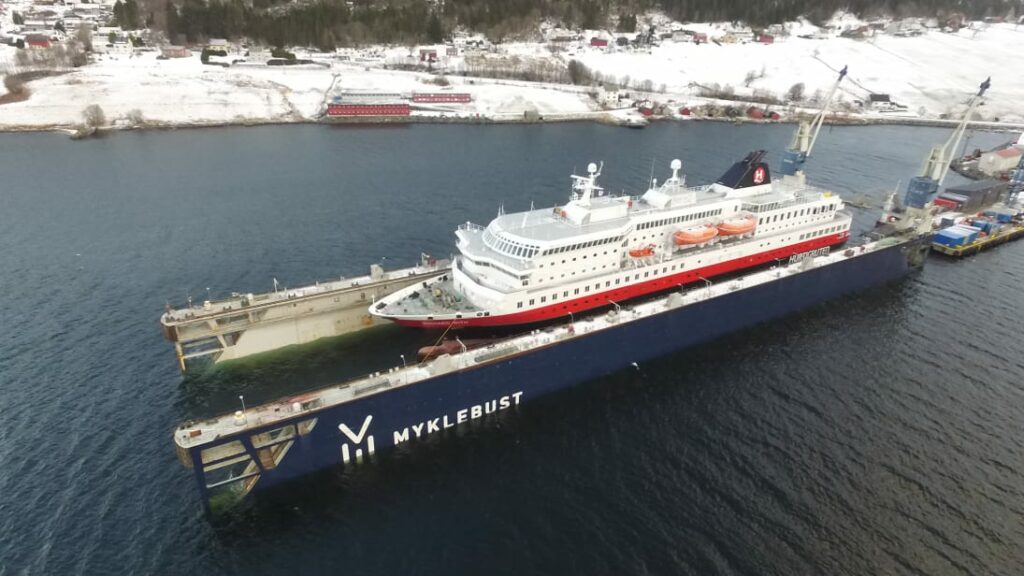