Ammonia FSRU is a ship that stores liquefied ammonia transported from the production area, regasifies it, and supplies it to customers on land.

Under the agreement, HHI will develop a regasification system and carry out a basic design of ammonia FSRU. Lloyd’s Register will review and approve the design.

“This joint development of ammonia FSRU is significant in that it is a preparation for leading technology in the future eco-friendly energy field”, said Jeon Seung-ho, Head of Technology Divison at Hyundai Heavy Industries.

Ammonia is also one of the main alternative fuel options currently considered by shipping for net-zero operations, in line with the targets set up by the International Maritime Organization (IMO) to reduce greenhouse gas (GHG) emissions in the maritime sector by 2030 and 2050.

The International Energy Agency (IEA) predicted that ammonia will account for around 45% of global energy demand for shipping in 2050.

In September 2021, HHI and KSOE received AiP from the classification society Bureau Veritas (BV) for the design and development of an ammonia carrier with ammonia-fueled propulsion. 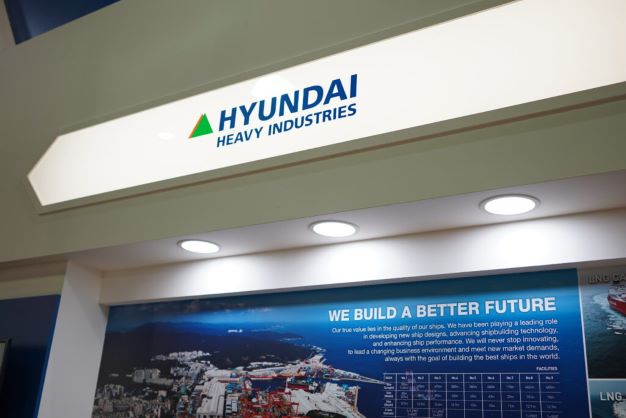