Reports of non-compliance with strict crew change protocols, resulting in seafarers testing positive for COVID-19 are jeopardizing the progress made in the crew change process as the number of seafarers hit by the crisis hits the roof.

Following warnings from Singapore, the International Chamber of Shipping (ICS) said failure from certain manning agencies to comply would not be tolerated, urging for strict adherence to the 12-step protocols as they have proven that seafarers are able to change over safely and keep trade flowing.

The calls are being issued on the back of reported breaches of 14-day isolation and stay-at-home orders for seafarers rostered for crew changes, which ended up being infected and compromising sign-off efforts for overworked crews.

The industry cannot afford to lose the faith and support of governments, especially since governments started to lift travel restrictions to allow for crew repatriation. This is extremely important since the number of seafarers impacted by the ongoing situation is rising, affecting half a million seafarers, with over 250,000 seafarers trapped at sea, waiting to return their loved ones, the ICS said.

The irresponsible actions of a small minority could potentially lead to the shutdown of crew change processes at important shipping hubs, impacting the vast majority of seafarers and shipowners who are acting in accordance with the protocols, the chamber added.

“We must remember that the vast majority of shipowners are going to extraordinary lengths to safely repatriate crew and return them home to their families. Acts that are only made possible by governments adopting the crew change protocols,” Guy Platten, Secretary General of the International Chamber of Shipping said.

“However, it’s undeniable that ship managers and crewing agents who do not follow the protocol guidance are risking the safety of our seafarers and those around them. The very reason these protocols where produced was to ensure that crew change can be undertaken safely, minimising the risk of transmission to seafarers and the public alike.

“We must stand firm as an industry and work together to ensure we maintain the highest standards possible. Continuing on the positive momentum gained over recent weeks to ensure that we get back to 100% crew change.

The Maritime and Port Authority of Singapore (MPA) said it was enhancing safety measures in the Port of Singapore, in view of the heightened risks of importing COVID-19 cases into Singapore.

Singapore is facilitating an average of about 300 cases of crew change per day in July through its ‘safe corridor’ procedures.

Singapore has seen three cases within one week, where crew members scheduled to sign-on to ocean-going cargo ships were found to be COVID-19 positive upon arrival. This has prevented the shipping companies concerned from conducting successful crew changes. Resources were also put in to isolate and minimise the probability of any spread of the virus to others including fellow crew members.

MPA said it was working with the industry taskforce to provide more detailed guidelines on the ‘safe-corridor’ procedures to safeguard the crew change process including the need to self-isolate while serving the 14-day Stay-Home Notice (SHN), to ensure accurate COVID-19 Polymerase Chain Reaction (PCR) test, and direct transfers from airport to ship for the crew while in Singapore to minimise contact.

“MPA would like to urge the industry – ship owners, managers and agents – to play its part to carry out safe crew changes. As there have been some instances of procedural breaches leading up to performing crew changes in Singapore, MPA has recently reminded ship owners, managers and agents to adhere strictly to the ‘safe-corridor’ procedures including ensuring accurate COVID-19 tests and compliance to self-isolation while serving SHN,” the port authority urged.

Any shipowner, manager or agent whose crew member is found to be COVID-19 positive whilst in Singapore for crew change will be suspended from performing any further crew changes for a stipulated period.

As such, the company in question will have to review its internal processes to ensure strict adherence to the ‘safe-corridor’ crew change procedures. 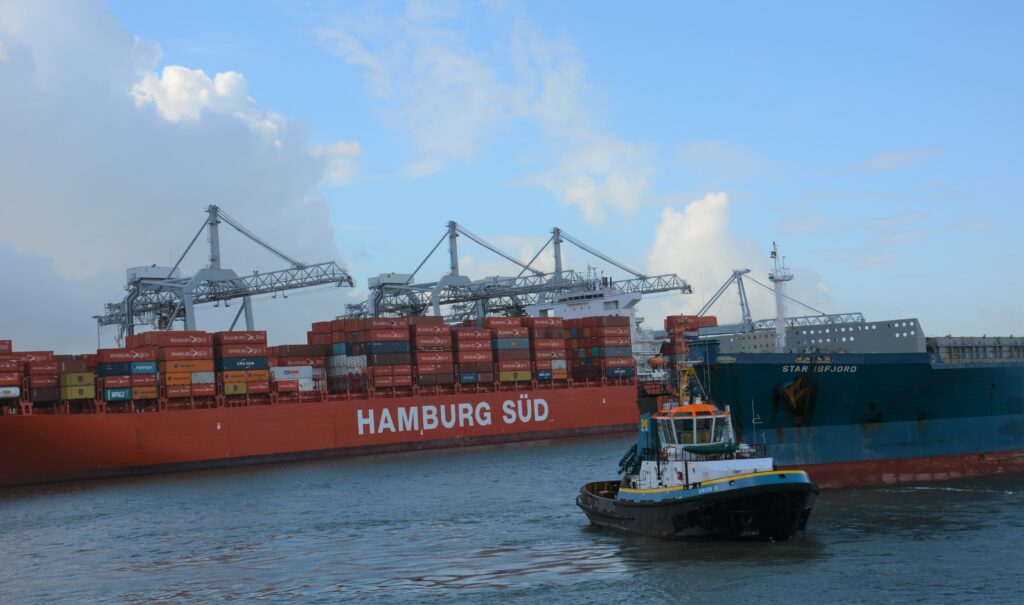