Singapore Shipping Association has voiced concern about the increasing number of seafarers arriving in Singapore with COVID-19 symptoms that eventually test positive for the virus.

The trend is being reported as Singapore opens up to crew changes on the back of major pressure from the industry bodies to allow for the repatriation of seafarers trapped at sea due to travel restrictions imposed by global governments to curb the spread of the pandemic.

“Singapore currently does not allow any returning of short-term pass holders back in Singapore but crew change is a concession given to the industry as Singapore recognises the importance and our responsibility as an international maritime centre,” the association said.

The latest estimates indicate that around 300,000 seafarers are stranded at sea pending sign-off, with 300,000 more onshore awaiting to sign onto ships and start earning their paychecks.

“Alarmingly the crews, upon arrival, projected severe high temperatures, which also prompted further actions in contact tracing. This has led to some 15-20 other persons having to be contacted/quarantined for further checks,” the association added.

“There is a clear and present pattern whereby seafarers (individually) and crew & manning operators/companies, are not taking seriously the protocol of self-imposed isolation (minimal of 14 days) when being rostered for crew change.”

The association insists crew and manning agencies should exercise rigour and due diligence in ensuring rostered crews observe the self-isolation period, which should be pretty easy to keep track of with the existence of smartphones and digital technology.

As such, companies should also be able to demonstrate that the crews in countries of origins adhered to stay-at-home (SHN) procedures and that they have been fully briefed on the Singapore crew change procedures.

Otherwise, there is a risk the crew changes might shut down completely in the country.

The association said that ship agents, operators and managers would be penalised by authorities for any found breaches.

In its latest update, Maritime Port Authority of Singapore (MPA) pointed to an increasing number of breaches with regard to the sign-on crew’s compliance with the SHN advisory.

a)       Sign-on crew commencing their travel to Singapore on the 13th/14th day of their SHN, hence not fulfilling the 14-days SHN at their home country.

b)      Sign-on leaving their place of residence to do non-essential activities while serving their 14-days SHN such as shifting of cars, retail shopping, dining out, etc.

d)      Failure to isolate in an individual room and use a dedicated toilet.

The port authority stressed that such examples were contraventions of its requirements, posing a serious risk to the public health of Singapore.

MPA Singapore warned companies that any breach of Singapore’s crew change requirements and procedures may lead to the revocation and/or suspension of crew change applications permanently or for a specified period.

The warnings are being issued on the back of the pledge of 13 governments to help facilitate crew changes after months of pleas from the industry.

One of the major crewing nations, India has also opened up to crew changes with the issuance of a new repatriation protocol for foreign seafarers from the country’s ports.

Failure to abide by the strict orders of the port states could have a detrimental impact on the progress made so far in the crew change process, further aggravating the ongoing humanitarian crisis of overworked seafarers, whose physical and mental health has been compromised amid prolonged time at sea. 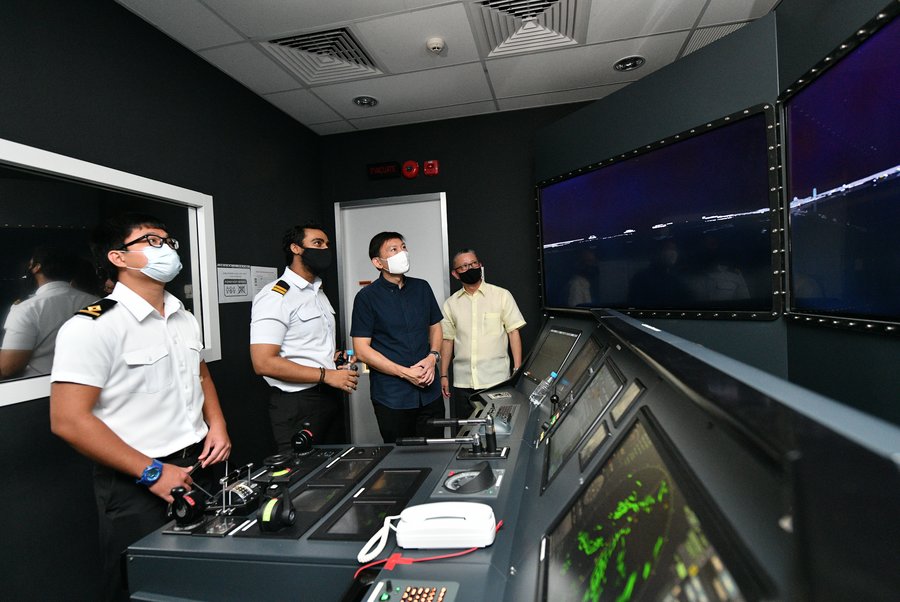 Singaporean seafarers get additional unemployment assistance
Posted: about 1 month ago
AMSA: Serving on ships beyond 11 months won’t be permitted from February 2021
Posted: 14 days ago
Danica: Each crew change costing up to $2,000 more amid COVID-19 impact
Posted: 10 days ago
Advertisement
Related vacancies