Described as a game-changer for the city, Berth 8 is being constructed beyond the contractual obligation with the Philippine Ports Authority to allow the MICT to service very large container ships with ease and efficiency, ICTSI said.

“The added capacity will allow us to stay ahead of demand and address the steadily increasing volume, a sure sign of economic recovery for our country. Berth 8 will be a game-changer for the city; it will take Manila’s port capabilities to a whole new level with the ability to handle the larger capacity ships and the additional volume that comes with them”, Christian R. Gonzalez, ICTSI’s executive vice president, remarked.

Currently under design, Berth 8 will add a total of 400 metres quay and up to 12 hectares of yard area in two phases.  Along with port equipment, the expansion is estimated to cost P15 billion (around $290 million).

The full build, including Berths 6 and 7 and combined with the 1,300 metres of Berths 1 – 5, will give the terminal a total berth length of 2,300 metres and expand the MICT berthing by 21% and total capacities by 25%, ICTSI explains.

Berths 6 and 7 can accommodate Neo-Panamax vessels with maximum capacities of up to 15,500 TEUs. The two berths are currently equipped with five quay cranes but are designed to operate with six. The sixth quay crane is scheduled for delivery in July 2023, along with two other quay cranes for Berth 4.

According to ICTSI, on completion, Berth 8 will be equipped with at least four quay cranes, two of which will be delivered in 2025, which will be the largest in the terminal and in the country.

Meanwhile, Contencon Manzanillo (CMSA), a subsidiary of ICTSI, is gearing up for the expansion of the Second Specialized Container Terminal at the Port of Manzanillo in Colima, Mexico, planned for the second half of 2022.

The $230 million investment will expand the terminal’s capacity by 300,000 TEUs, bolstering ICTSI’s confidence in Mexico and the growth potential of the Manzanillo port. 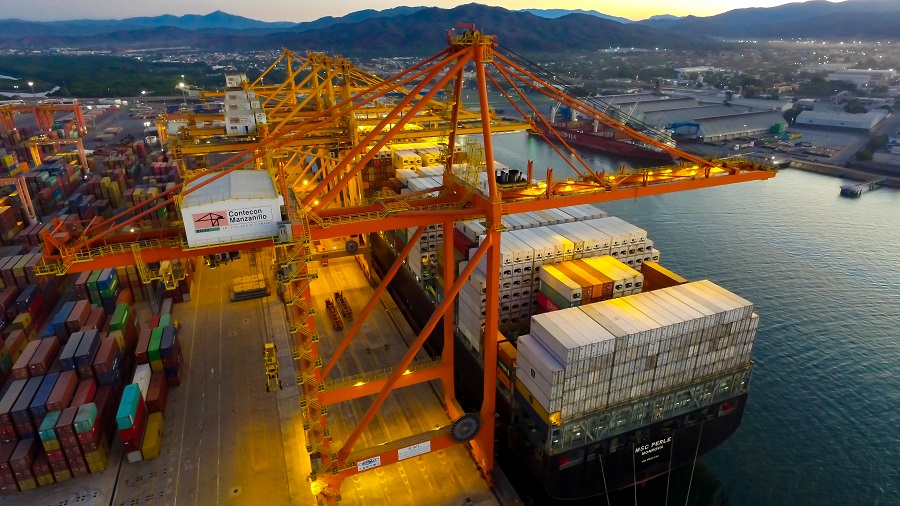