Gangavaram Port, the deepest and the most modern port in the country today achieved yet another historic milestone by handling the 100th Cape-size vessel at the port. The cape-size vessel “MV Collonges” carrying 1,40,609 MT Coking Coal was berthed at the port on account of Rashtriya Ispat Nigam Limited (RINL). Cape-size vessels are the largest ships in the trade that can carry dry-bulk cargo like coal.

Gangavaram Port in the past has accomplished numerous such operational milestones and has today redefined port operational standards in India. It was in January 2009 that Gangavaram Port created history when for the first time a fully laden cape-size coal import vessel was handled at any port in India. Over the last 4 years of operations GPL has handled over 1000 vessels and over 53 Million MT of broad spectrum of cargo including coking/non-coking coal, iron-ore, fertilizers, agri-products, project cargo, industrial raw-materials like alumina, bauxite, limestone, etc.

Speaking on the occasion Mr. DVS Raju, Chairman and Managing Director, Gangavaram Port Limited said “It was only after Gangavaram Port became operational it was possible to handle fully laden cape-size coal import vessels at any port in India. We are extremely happy to see the trade derive benefits of modern deep water infrastructure at Gangavaram Port. It gives us great satisfaction to see that because of a modern port like Gangavaram Port, coal importers in the country can save substantial ocean freight by importing in large cape-size vessels.” 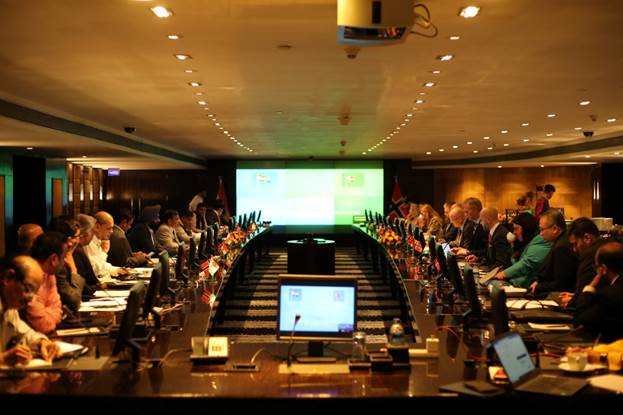