Indonesia has potential to become bunkering hub for zero-emission fuels

Indonesia has the potential to become an international producer and bunkering hub for scalable zero-emission fuels (SZEF) such as green hydrogen and green ammonia, a new report from the P4G-Getting to Zero Coalition shows.

Namely, Indonesia is estimated to have roughly 40% of the world’s reserves of geothermal energy resources. The majority of these reserves are located on the islands of Sumatra and Java-Bali, with their large population densities and close proximity to important shipping routes.

Accessing these reserves has been very challenging and costly. However, with the right investment approach, Indonesia could bolster its activities in the sector and ultimately produce geothermal-based green hydrogen and ammonia.

“If Indonesia can successfully and cost-competitively unlock this potential, there is an opportunity for the country to become an international producer and bunkering hub for SZEF,” the report says.

The coalition recommends that the opportunity is pursued on a national level and that a study is commissioned to better understand and scope realistic locations for expanding the country’s
renewable energy capacities and production sites for green hydrogen. This knowledge could feed into a
national strategy or roadmap for the development and application of green hydrogen.

According to the report, aside from becoming a decarbonization hub powered by geothermal activities, the key opportunities for Indonesia stemming from the maritime industry’s decarbonization drive are the establishment of Kalimantan as a bunkering hub, and the electrification of the small boat fleet.

The development of scalable zero-emission fuel infrastructure could lead to an investment of between Rp 46 – 65 trillion IDR ($3.2-4.5 billion USD) by 2030. This is in addition to the potential development of other industries, expertise, environmental protection benefits and R&D emanating from decarbonization of maritime shipping and the adoption of SZEF.

However, essential to unlocking these opportunities is a facilitative policy and financial framework capable of effectively motivating and convening key actors across sectors and value chains. Presently, Indonesia benefits from its existing policy frameworks in the field of maritime, energy and climate policy, however, more work is needed to coordinate policies more specifically around the maritime decarbonization opportunity.

International funding is much needed in supporting Indonesia’s existing decarbonization efforts in conjunction with its development needs. Setting a clear direction of travel and demonstrating public buy-in would enhance Indonesia’s ability to attract these funding sources.

“Having supported the alignment of the IMO GHG Strategy with Paris Agreement temperature goals, the Indonesian Government needs to carry out a comprehensive assessment on the impact and strategies of shipping decarbonization. This could help position the Indonesian Government in subsequent IMO negotiations and serve as an evidence base to support the adoption of more ambitious GHG measures, which operationalize the principle of common but differentiated responsibilities and respective capabilities,” says Dr. Mas Achmad Santosa, CEO at the Indonesia Ocean Justice Initiative.

As other countries take steps to enhance their efforts and begin to unlock this opportunity, Indonesia should take quick and strategic action to position itself as a key player in this space. 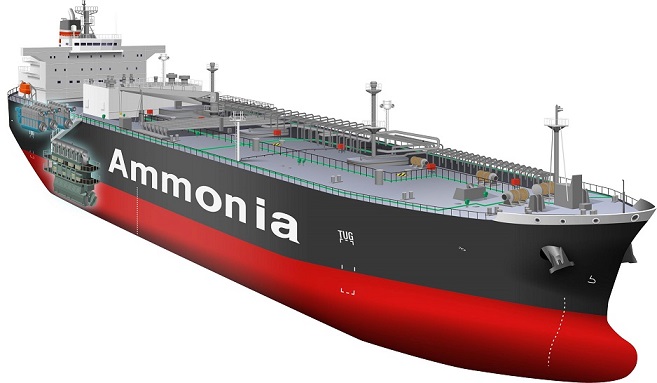