JDR is a provider of subsea technologies and services to both the oil and gas and renewable energy sectors. The company specialises in subsea power cables, production umbilicals, intervention workover control systems and end terminations and accessories.

During our talk at Subsea Expo 2017 exhibition and conference, Currie told us about JDR’s plans for its new facility in Newcastle. We also discussed the company’s involvement in the offshore renewable energy industry and its plans for expansion into new markets and regions.

JDR recently said it would open a service support centre in Newcastle in Q3 2017. What are your plans for the new facility?

It’s a newly built facility, with a large warehouse and internal office. We are building a new two story office block to house our offshore support and marketing teams.

Today, our UK-based service organisation is run from two manufacturing facilities, one in Hartlepool and the other in Littleport.

Because of our business growth, we need to have separate stand-alone capability to ensure we can service our clients to the highest standards.

We will officially move into the premises in July this year – we’re very excited.

Hornsea Project One is your largest array cable award in history, how do you plan to execute the contact?

The contract is for array cables which will be manufactured in the Hartlepool facility.

We expanded our Hartlepool facility last year with a horizontal lay-up machine to complement our vertical lay-up machine. With two production lines, we now have the capability to execute the large-scale, complex projects such as Hornsea Project One.

If I look at historical volume through the plant, we can now do three or four times what we manufactured previously. From an execution point of view, even though it’s a very large order, we have the expertise and capacity to deliver reliable products on time.

Because of our relationship with DONG Energy, including our frame and collaboration agreements, the upfront work for the order, along with the production, engineering and planning, is ongoing.

Our approach is to prepare for projects with customers before we’re awarded the contract. This means when the project is awarded, lead times are secured, we can execute production and mitigate unplanned events to meet the targeted delivery date.

Another recent significant win for JDR is the European Offshore Wind Deployment Centre (EOWDC), Aberdeen’s first offshore wind farm where you plan to deploy your 66kV technology for the first time. Could you tell us more about the technology and about your scope of work for this project?

This is Vattenfall’s project for the Aberdeen Bay and will be the first deployment of our 66kV cable technology which finished qualification and development in September 2016. It’s an extremely important project for us. We’re proud to have been chosen by Vattenfall for the project, which will be executed at Hartlepool.

We’re expecting in the next few weeks to announce further awards for our 66kV technology. This is an important step for JDR to support lowering the cost of offshore wind. This technology enables us, in certain wind farm conditions, to supply not only the array but also the export cables.

We have seen JDR Cables in a lot of European offshore renewables projects, and now that the offshore wind development is making steps in USA with their first offshore wind farm in operation, can we expect JDR to move in on this region as well?

We’re already in the USA in the oil and gas sector. We have a facility in Houston, that employs around 50-60 offshore technicians.

For offshore wind, we’ve been working for 12-18 months with various companies on offshore wind developments on the East Coast. Some very large projects are being planned for 2019-2021.

These developers approached us because of our technology position in Europe.

We have already met with certain developers and more importantly certain states along the East Coast, where we have a proposal for logistics-style infrastructure. This is because USA projects will be controlled state by state, so it’s about what companies can provide locally to support that infrastructure.

Nobody is going to build a cable factory in each state so therefore JDR has to develop logistics and a support model that supports the execution of projects by prog infrastructure state by state. UK offshore wind expertise will be needed to successfully execute these projects and this is a natural next step for JDR.

Do you have plans to expand into other markets and regions?

We are involved in early stage discussions for offshore wind projects in Asia Pacific.

We already supply oil and gas projects in the Far East and have a base in Singapore. For the renewables sector, we have been asked to start working on future developments in Taiwan and Japan in particular.

Does the renewable market have the most potential in the current market situation due to low oil prices?

The renewable market, when you think back 10 years ago, did not exist, so today you’re looking at a viable, growing industry that is beating the cost challenge.

It still has huge potential to grow further in Europe and at JDR we recognize that. I think it will develop in the USA and the Far East too.

For a company like JDR, who provides umbilical and cable technology, we see both the oil and gas and renewable markets converging which is part of our success.

The oil and gas sector will come back, and I don’t think that, for us, it’s a competing market with renewables, as it’s moving towards a very coherent joint market.

The oil industry has restructured itself, it still has work to do, but it doesn’t need the oil price to go back above $100, it needs the oil price to stabilize and that’s beginning to happen.

If you look at BP in the Gulf of Mexico, sanctioning Mad Dog based on $50 a barrel, that begins to show that operators are beginning to reassess their deepwater projects.

Future subsea fields will require more higher voltage cable as they look for independent power on the seabed.

I think 2017 will continue to be a tough year but I think 2018 will begin to see projects move. 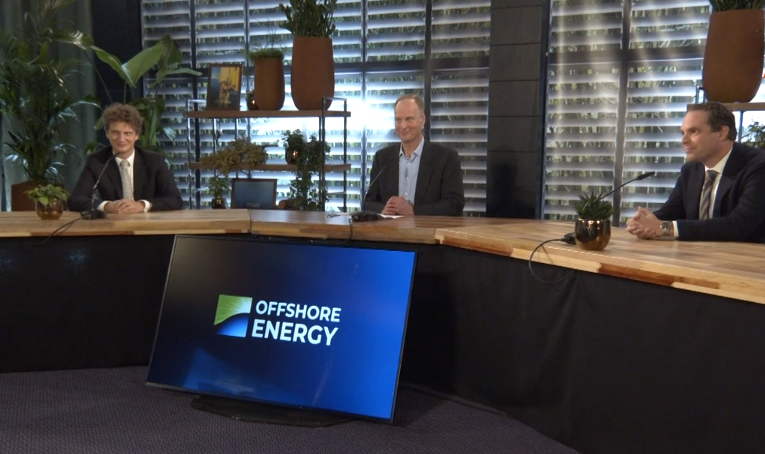