Qatar Navigation (Milaha) Q.S.C, a shareholding company with core interests in maritime transport and logistics, ended the 2014 fiscal year on a very profitable note. Milaha’s net profit for 2014 reached QR 1,049 million (around USD 288 m), a 10% increase over 2013, driven predominantly by strong performance in the company’s gas and petrochem segment.

World Maritime News spoke with Sheikh Ali Bin Jassim Bin Mohammad Al Thani, Milaha’s Chairman of the Board, about the ongoing developments in the company and plans for this year. Sheikh Ali has been reappointed Chairman for the next three-year term from 2015 to 2017 at a recent General Assembly meeting held on March 18th.

WMN: In your FY2014 financial report you disclosed a 14% increase in operating revenues. What developments led to the revenue increase?

Sheikh Ali: There were several factors in play that led to these results on top of which are the significant increases in trade volumes due to a strong ramp up in infrastructure projects in Qatar, which boosted our Ports and Container Feeder businesses, as well as our Trading business which sells heavy equipment and trucks.

The gas and petrochem also showed strong increase in revenues over 2013 due to the strong performance of our fully owned tankers and gas carriers as well as the addition of several new vessels to our harbor marine operations.

With regard to business departments that could have performed better in 2014, Sheikh Ali said that Milaha’s offshore services unit, Halul, performed relatively weakly in 2014. Also, the company’s Maritime and Logistics unit’s net profit decreased slightly in comparison with 2013 due to higher non-operational costs.

WMN: The profit fall in Milaha Maritime and Logistics has been attributed to one-off non-operational expenses related to vessel impairments. Could you elaborate on that?

Sheikh Ali: Like any company, we continuously look at the market value of the assets that we own versus the value in our books. In 2014, we impaired the value of our bulk vessel as well as some of our container vessels to bring them in line with market values.

WMN: Milaha’s offshore segment’s profit declined substantially. What have been the key reasons behind the decline and what can we expect from the offshore market in 2015?

Sheikh Ali: The past year was indeed tough for Halul for a variety of reasons, including some operational issues, increased regional competition, delays in new vessel deliveries and weakening market conditions. And even though the offshore business declined overall relative to 2013, we had a relatively strong second half in 2014, and expect that to continue into 2015. Regardless, we are confident that we have a solid, sustainable business model and as a sign of that confidence, Halul initiated an expansion into the UAE market and has embarked on a new joint venture to build and operate SESVs.

WMN: Seeing that Milaha’s annual results for 2014 have been very positive, due in part to improved trade volumes in Qatar and rebounded equity markets, how would you assess Qatar’s current economic market situation? How does it impact trade and what are the biggest challenges for the shipping companies at the moment?

Sheikh Ali: The World Cup 2022 and the mega construction projects accompanying it are driving both the population and the trade volumes upwards in Qatar and will continue to do so for the coming years, and higher trade volumes always benefit us positively.

Looking at the shipping sector more broadly beyond Qatar, it continues to be volatile. Volatile rates and rising operational costs are the main challenges that the industry is facing. This has led many companies to go bankrupt or even ask for government assistance in some maritime sectors.

WMN: To what extent have equity markets recovered and, should the recovery continue, what will this mean for Milaha?

Sheikh Ali: It is difficult to predict the future of the market, but continued growth in the market would of course mean higher returns on our investments and an increase in the value of our portfolio. Milaha Capital, which is the group’s investment arm, will continue its prudent investment policy which aims at limiting risk while at the same time optimizing returns.

WMN: Milaha’s gas and petrochemical sectors had a strong year amid high charter rates. Do you believe that this trend will resume in 2015 or have the rates peaked?

Sheikh Ali: Although our Petrochem & Gas segment had an excellent year in terms of net profit, there was still significant fluctuation in freight rates. VLGC rates, which reached record levels in 2014, have already come down from these highs. That said, we expect freight rates overall to continue to be relatively strong for the near future, and certainly better on average than we have seen in recent years.

WMN: Are there any plans of investing in new ships? If so, when can these new orders be expected and for what kind of ships?

Sheikh Ali: As part of our growth strategy, we are always looking for opportunities to either start new joint ventures or invest in new assets. Recently, our Offshore Services unit, Halul, initiated a new joint venture, in which it holds a majority stake, to build and operate Self Elevated Support Vessels (SESVs), also known as liftboats. Halul placed an order for 2 SESVs due for delivery in late 2015. We are still awaiting delivery of previous orders for several offshore support vessels (OSVs) in 2015 and 2016.

WMN: What are the most attractive markets at the moment for investment?

Sheikh Ali: Shipping markets can be quite volatile, and therefore what is seemingly attractive today may not necessarily be attractive a few months from now. We tend to take a longer term view. Being an integral part of Qatar’s energy supply chain, we are always looking at lucrative investments in areas where we can bring excellent value to the the oil and gas sector, whether in offshore, maritime or logistics services. Qatar’s expected economic growth in the coming years also provides a number of attractive opportunities for Milaha in our core businesses.

WMN:  How has the oil price drop influenced your business operation?

Sheikh Ali: The oil price drop has been a doubled-edged sword for us. On the one hand, our Offshore unit will likely face more challenging market conditions due to potentially reduced demand from energy majors in the region. On the other hand, lower crude prices led to a substantial increase in demand for product tankers and crude carriers, which were and continue to be reflected in the higher rates. The value of our diversification strategy becomes clearer in these circumstances.

WMN:  What are the strategic growth goals for Milaha in 2015 and how would you describe the market outlook?

Sheikh Ali: We are optimistic about 2015 and will seek to sustain our growth momentum through fleet expansion, new partnerships, and further portfolio diversification.

On the local front, the forecast growth in Qatar’s economy, including World Cup 2022 projects, will continue to benefit our business activities and will help us maintain and strengthen our foothold locally. We also expect to know in 2015 the result of the tender for management of the upcoming Hamad Port for which we have put in a bid.

Regional and international expansion is also at the heart of our vision of becoming a globally-recognised player in the shipping and maritime services sector. We believe that our human capital, solid financial foundation, and excellent reputation gives us a great opportunity to realise that vision. 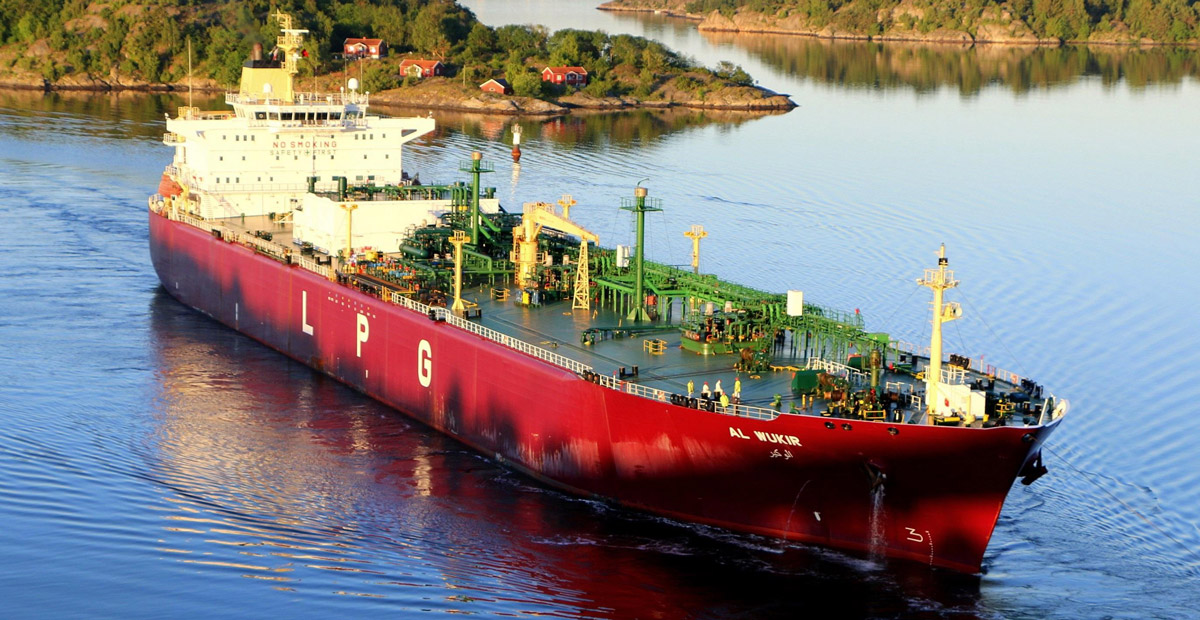