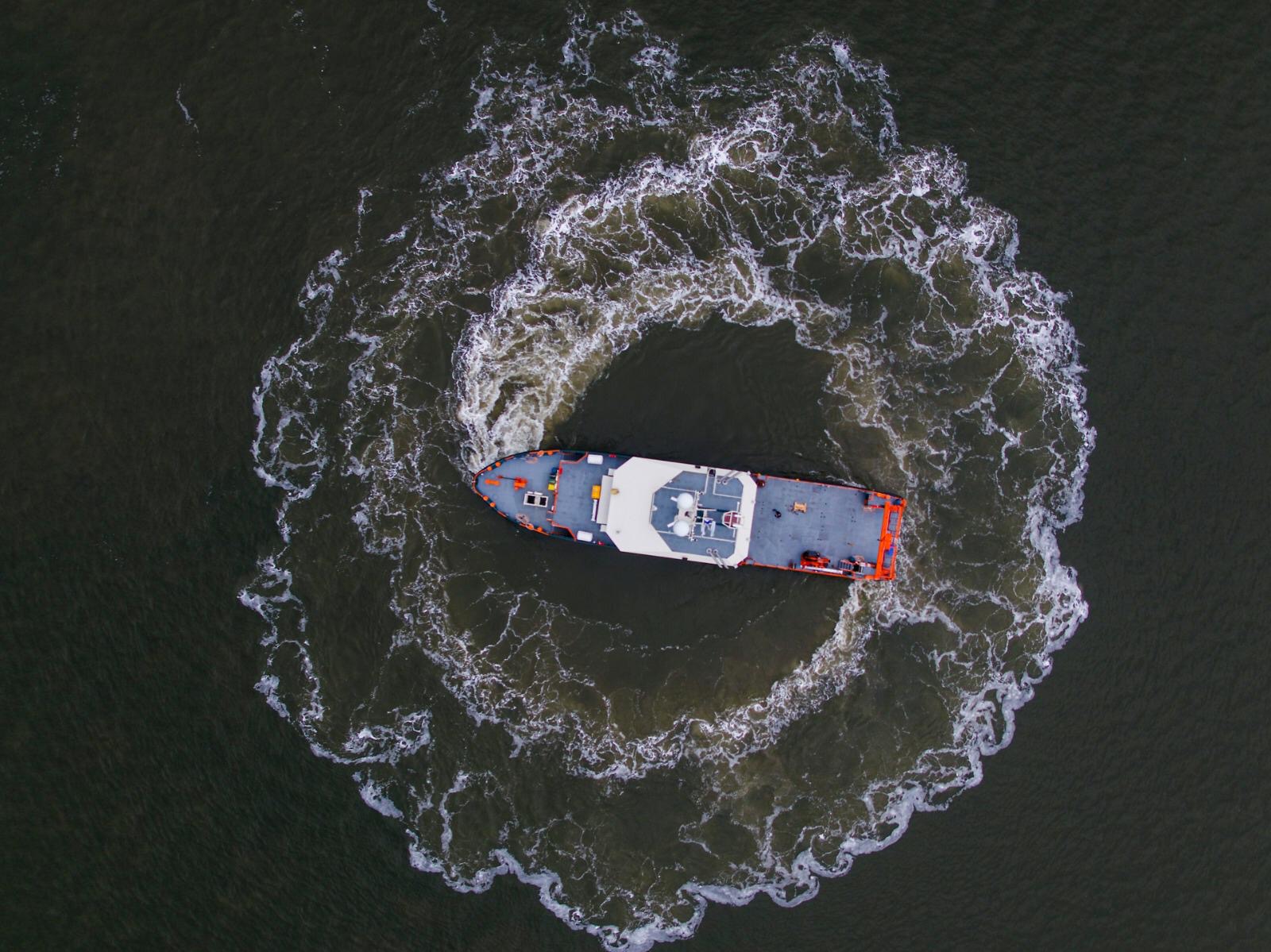 It’s all about power flow

Diesel engines are used to drive the ship. The power required for other auxiliary drives and for the on-board power grid is mostly generated by diesel generators. For environmental reasons, alternatives are being sought. However, this replacement is not that simple. Jeroen van Tilborg, founder and managing director of the Dutch D&A Electric, explains to us in an interview why this is the case and shows possible solutions. And these are not only interesting for ships.

Van Tilborg has been dealing with propulsion technology for ships for decades and with how they can be built in a more energy-efficient and environmentally friendly way. He also builds battery storage systems, which are used to stabilize power grids. The technology behind an electric propulsion system and stabilizing power grids is remarkably similar.

Mr van Tilborg, why is it not so easy to replace diesel drives on ships with ones that use renewable energies?

Jeroen van Tilborg: “The power requirement at the propeller is cubic to the speed of the propeller. So you have a very, very steep load curve, and a diesel engine can deliver this performance at any time. The drawback is the inefficiency of the engine and the emission that comes along. With a gas engine, a fuel cell or other renewable energy sources this cannot be mapped on its own. Rapid load changes with the associated power peaks always have an effect on the entire rest of the on-board network. The big challenge is to control the overall flow of power on the ship.”

One of the suggestions you made is to use some kind of battery backup.

“Yes, this is how you can control the flow of energy. You can compensate for peaks in one direction or the other. In relation to the propulsion of a ship, when accelerating or decelerating, but also when individual units malfunction and cause instabilities. A clogged fuel filter alone can already cause severe instabilities. The problem with this is that internal combustion engines are sluggish, and power peaks make their speed instable. This is a minor problem for their use as a direct propulsion drive. However, if generator engines have to ‘balance’ the electric load, that is far too slow. The controls are also not designed for such requirements. You have to bring these two worlds together.

In addition, the energy density of marine diesel is very high. None of the renewable energy sources can keep up with their capabilities. If, however, you cannot supply energy to the propulsion system in a comparable form ›as sailors are used to today‹, then this leads to a completely different performance curve – and thus also a different behavior of the ship. Now you can try to adapt the propulsion by adapting the mechanical design of the propeller and influencing it with an appropriate control. But the power density of a liquefied gas or a fuel cell engine has its limits, which is why reserves are required, such as from a battery. You can turn it however you want: It’s all about power flow!”

Can you say something about the controls you need?

“Motor controls have cycle times of typically 200 to 500 ms. To protect an energy system in the event of a malfunction, however, you have to be at least ten times faster. At the same time, you have to deal with the fact that an engine-driven generator reacts more slowly than necessary. And the engine is probably still responding to the instability, even if it has already disappeared. In overall control of the energy flow, it must therefore be taken into account that instabilities can be caused by different systems. Automation is therefore quite challenging.

So you need a fast reacting energy source, for example a battery. But it is also important that you can measure in the network as quickly as possible. This is precisely why the Bachmann M1 system is so valuable to us. We use it to measure and monitor the network quality directly in the PLC environment, instead of using a separate measuring system. And we have real-time access to a lot of information with which we can determine the actual flow of energy – and intervene if necessary.” Here is a practical example: we recently installed this system on Geo Plus’ survey vessel Geo Ranger. The smooth operations of the electrical systems have enabled the company to successfully carry out multiple assignments for survey company’s since installation.

Network operators on land are faced with a similar challenge. How can your findings be transferred to the public network?

“Basically almost 1: 1. So far, the distribution network has mainly been fed by large power plants and grid stability was in their hands. Now increasingly smaller electricity suppliers, wind turbines, photovoltaic systems are emerging. And at the same time, uncontrollable electricity consumers such as electric cars and electric cooking are increasing. Or industries that are increasingly relying on electricity as an energy source instead of gas or oil. The (locally caused) instabilities in the entire network are therefore increasing. In such an environment, we can use all our know-how about extensive island networks on ships on which one has to deal with instability of ›the grid‹ all day.

So if you have a network area which holds several energy sources and  uncontrollable energy consumers, we set up a battery system nearby, measure the network locally and deliver or obtain energy in order to stabilize the network also locally: as long as the required power is below a certain limit in the monitored section, it is obtained from the standard network. If it exceeds a certain level, the battery is used as a buffer. The local instability is solved locally and does not affect the network as a whole. And the best thing is that it can be set up as a locally controlled system, only with a mains connection. Encapsulated in itself, so also a safe thing.”

“We measure and monitor the networkquality directly in the PLC environment, instead of using a separate measuring system.“ 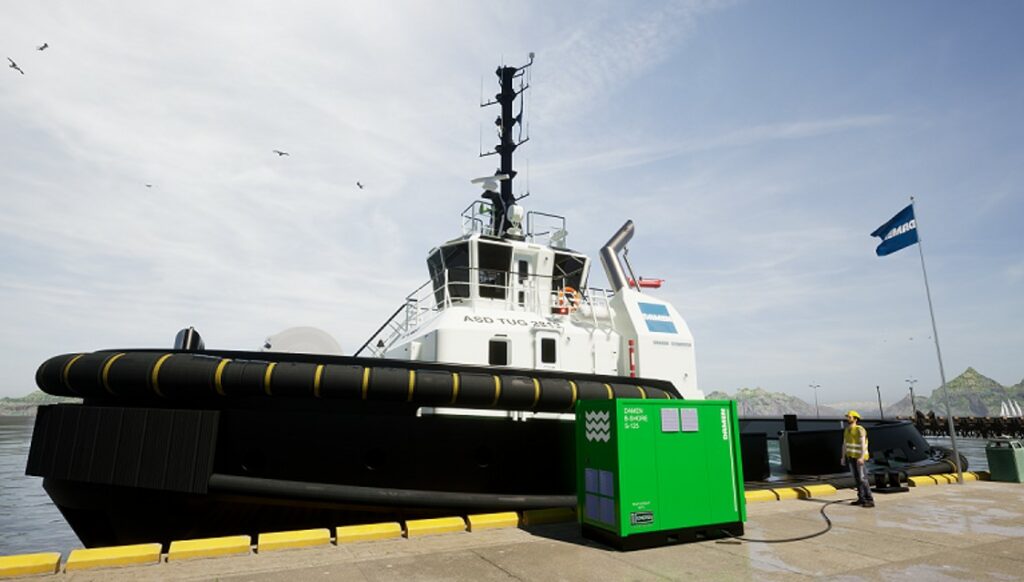