France’s iXblue and TotalEnergies have completed trials of an uncrewed surface vehicle (USV) and an autonomous underwater vehicle (AUV) as part of their project to demonstrate collaborative uncrewed capabilities for subsea inspection and asset survey operations.

The sea trials were conducted recently off the coast of La Ciotat in South of France, deploying the iXblue DriX USV and Teledyne Gavia AUV.

Both uncrewed platforms were remotely controlled and supervised from the iXblue Onshore Control Center, with iXblue DriX USV acting as a communication gateway between the onshore control center and the Gavia AUV.

According to iXblue, the two drones were able to successfully communicate together, thanks to the Gaps USBL positioning system installed within the DriX gondola, and that tracked the Gavia AUV.

“With these sea trials, we were able to successfully demonstrate the combination of two light drones working in a collaborative mode, remotely controlled and supervised from the shore,” said Mathieu Lardeux, R&D project manager at TotalEnergies.

“Thanks to the DriX USV, we were able to track the Gavia AUV and send it new mission plans to allow the AUV to closely inspect some defined subsea features, all from the safety of the onshore control center.”

Lardeux added that this opens up great possibilities for future multi-energy offshore developments and that replacing the use of conventional large, crewed inspection and survey vessels with uncrewed solutions allows the reduction of offshore risk for personnel, decreases operational costs and lowers the carbon footprint of offshore operations.

iXblue recently launched its first remotely operated towed vehicle (ROTV) called FlipiX, designed to be operated autonomously from the DriX USV or from a light vessel.

When combined with DriX, FlipiX can operate down to 50 meters of water depths in its standard version and is said to provide optimal positioning of measurement instruments for data acquisition as close to the seabed as needed. 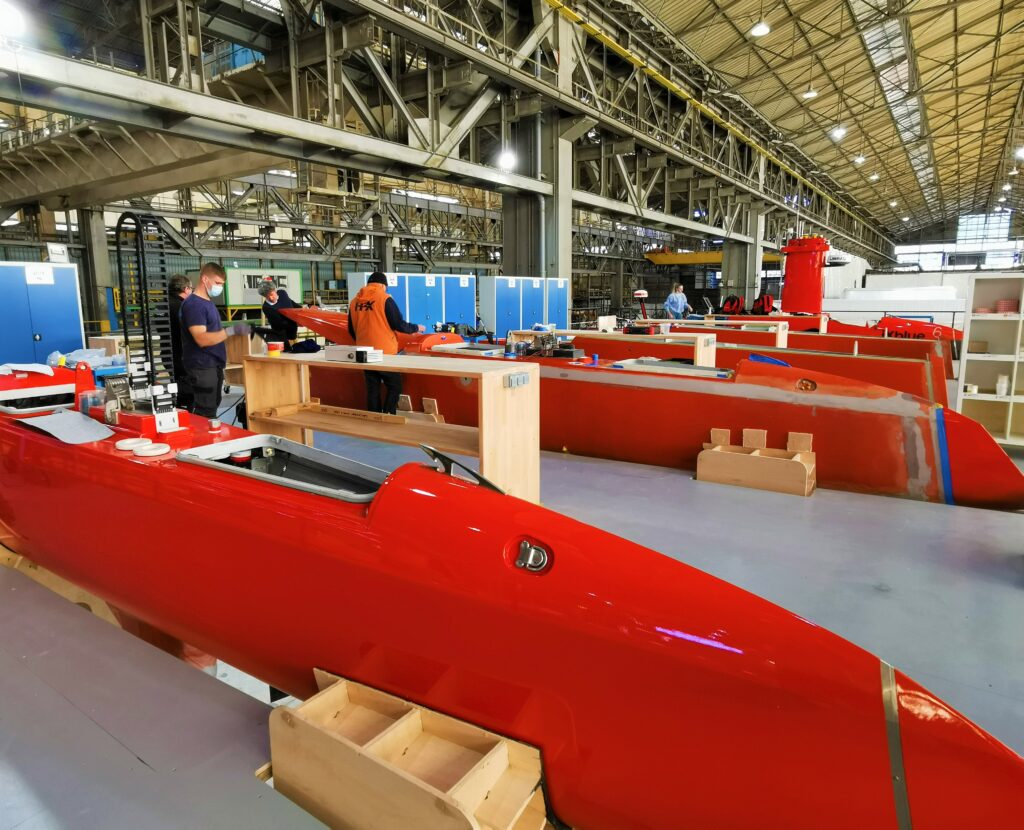