The Yokohama Rubber Co. said that it has developed a system to monitor offshore Ship-To-Ship (STS) operation.

The system incorporates technology from the design of pneumatic fenders and the numerical simulation analysis of dynamic ship motion. This is a comprehensive monitoring system for offshore STS operation, such as when two tankers come alongside to transfer cargo such as crude oil or liquefied natural gas (LNG).

The system can simultaneously monitor the state of pneumatic fenders used as shock absorber between the two ships and the behavior of both ships – a comprehensive system to monitor offshore STS operation. This will mark the first commercialization of a comprehensive, wireless fender-monitoring system anywhere in the world.

With wireless pressure sensors developed by Yokohama built inside the pneumatic fenders, the system enables remote monitoring of internal air pressure and compressive deformation of fenders, changing moment by moment as the two ships come alongside each other and carry out operations. With GPS technology, etc., it allows the system to monitor position of the two ships and their approaching velocity.

Using the system, a captain and mooring master can monitor from the bridge the state of the pneumatic fenders and the behavior of the two ships. As a result, if circumstances become abnormal, including excessive compressive deformation or reduced internal air pressure of a fender, or excessive approaching velocity, this can be promptly detected to prevent minor collisions between the ships and consequent serious accidents such as leakages of crude oil, etc.

The system is equipped with alarm and recording functions that not only facilitate safe loading operations, but establish operational standards as well as accurate analysis if an accident does occur. Field-testing using a crude oil tanker in the Gulf of Mexico has been completed.

The system has also been used on a trial basis for cargo operations between two LNG tankers at the Tomakomai Port in Hokkaido Japan since November 2011. 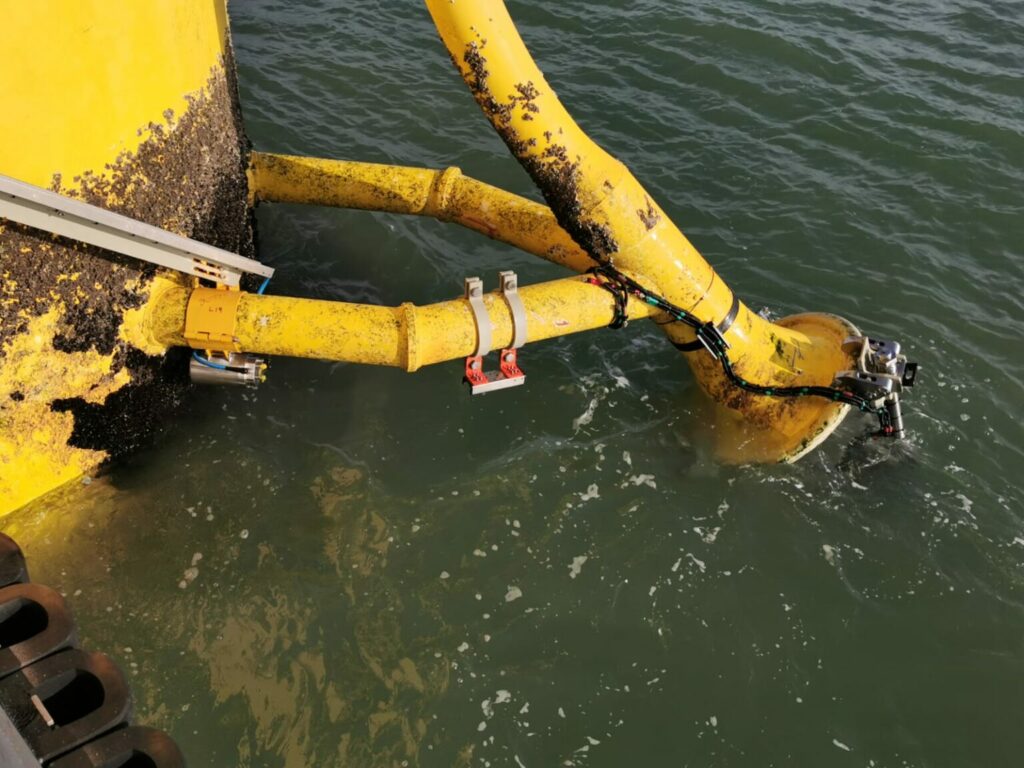