First Subsea and James Fisher Offshore (JFO) have completed a testing milestone in their joint development of a combined ‘Internal Cut and Lift’ tool.

The project is part of an Oil and Gas Technology Centre co-investment initiative seeking to reduce the costs of decommissioning.

A series of underwater cutting and lifting tests on tubulars supplied by Shell took place at the National Hyperbaric Centre.

Reportedly, the combined tool is capable of both cutting and lifting, in a safer, more efficient manner, versus current technologies.

After the development, the companies believe that it will provide the decommissioning sector with a standardised and efficient methodology for the recovery and removal of offshore structures constructed using steel tubulars.

The Internal Cut and Lift tool comprises a JFO cutter and First Subsea ball and taper internal lift tool. During operation, the complete tool lowers into the tubular. The gripping elements expand until the balls grip at any point inside the length of the tubular, ready to lift the cut tube, while the cutter lowers to any position in the tubular.

During the recent testing, the tool was used with steel tubulars ranging from 71 – 127 centimetre diameter. It demonstrated that the cutting and lifting elements are able to expand and contract to pass through internal obstacles such as Talon connectors.

Positive cut identification combined with the secure lifting element allows an offshore team to perform the lift in one simple operation rather than multiple trips into the tubular to check the cut is clean, ensuring there are no snags during retrieval. The First Subsea connector easily disengages following the steel tubular recovery, and the complete tool removes in preparation for reuse.

Using an Internal Cut and Lift tool streamlines an operation that traditionally would have required a lifting spread and a cutting spread, which currently requires two disciplines, multiple vendors, technicians and bunk space, large deck space requirement and multiple interfaces.

“The combination of the cutting and lifting technologies provided by a single provider, James Fisher Offshore, not only reduces the time required offshore but simplifies the marine operational program.” 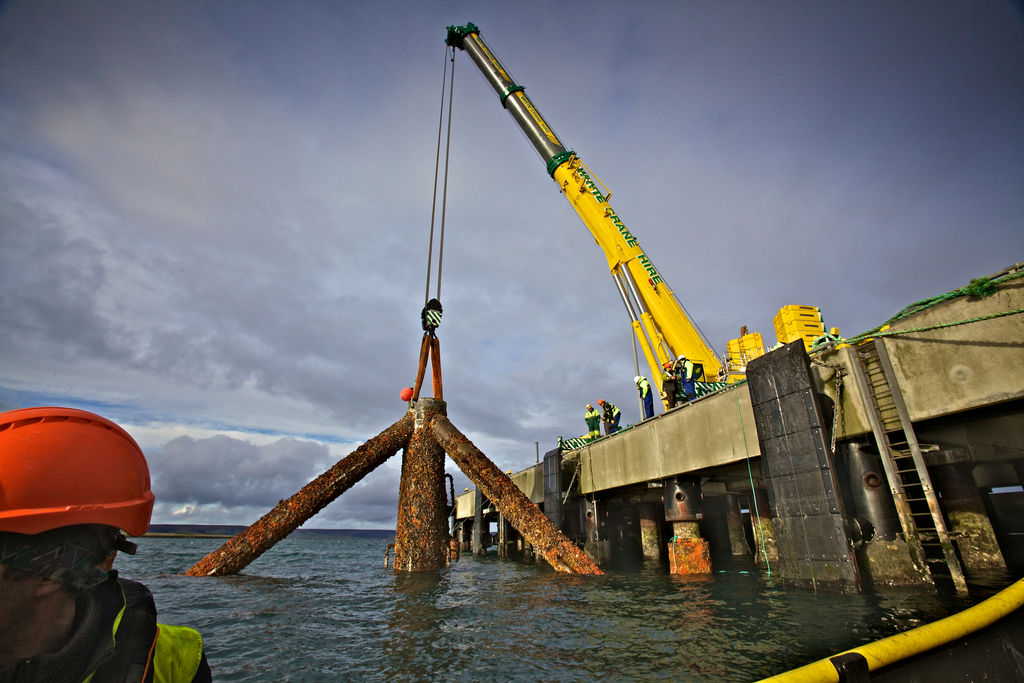