It has a pier length of 350 metres, with a sea depth of 15 metres. Featuring a total yard area of approximately 153,500 square metres — including berth area, the facility can accommodate around 8,000 units.

On 5 April, Ivory Arrow, a pure car and truck carrier (PCTC) operated by K Line, made its first call at the terminal.

As explained, the terminal is used not only as an export and transshipment base for finished vehicles (new and used vehicles) but also to handle a wide variety of vehicles such as break-bulk cargoes by utilizing a work facility with a large roof in the terminal in order to meet a variety of needs.

In addition, the terminal will use electric power generated from renewable energy sources with virtually zero CO2 emissions.

The eco-friendly terminal operation is in line with the company’s ESG strategy. Last November, K Line revised a part of its long-term environmental guideline and set a new target for 2050 as “the challenge of achieving net-zero greenhouse gas (GHG) emissions”. 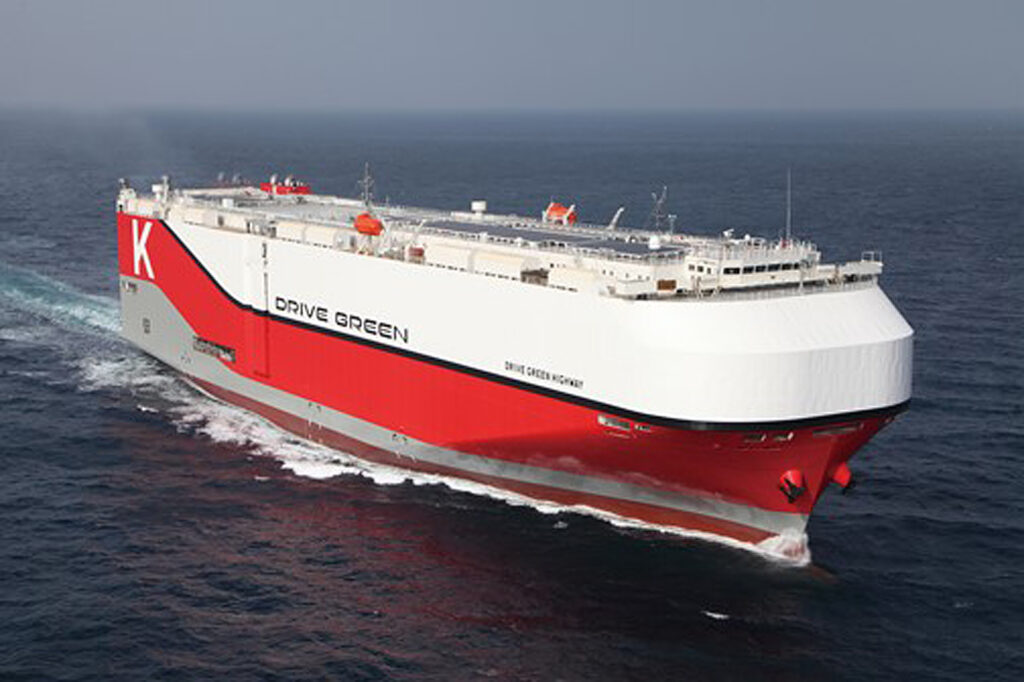