Kalmar, part of Cargotec, has gained an order from DP World for seven empty container handlers to Dubai, United Arab Emirates. The order was placed in October 2013.

The new empty container handlers will be delivered by April 2014 for DP World’s new Container Terminal 3, under construction in Jebel Ali. With its 1,860 metres of quayside and 70-hectare yard, the 4 million TEU (twenty-foot equivalent unit) capacity Terminal 3, due to open in 2014, will take the total capacity of Jebel Ali Port to 19 million TEU.

The new machines are equipped with several options to enhance operator safety, such as twistlock monitoring camera, rear warning system and vehicle data output, among others.

This order for empty container handlers follows orders for several units of Kalmar mobile equipment for DP World’s locations in the Middle East and Africa. In August, Kalmar received an order for five reachstackers for Jeddah in Saudi Arabia. In September, two Kalmar reachstackers were ordered for Doraleh Container Terminal (DCT) in Djibouti, Africa. Between April and August, DP World placed orders for several Kalmar forklift trucks for Jebel Ali terminals T1 and T2, including three new generation Kalmar forklifts for which the response has been very positive from the customer. “Succeeding these valuable orders, the Kalmar team was entrusted with a new order for two units of reachstackers for DP World QICT Karachi in Pakistan in late November,” says Suresh Ananthanarayan from Kalmar Sales in Middle-East and Africa.

Paul Michon, Kalmar Strategic Account Manager for DP World, said: “DP World is a very important and long-time customer for Kalmar. This latest order is a result of the excellent, fast and flexible communication between our companies. We also want to take this opportunity to congratulate DP World for their contribution and the UAE government for winning the World Expo 2020, to be held for the first time in the Middle East, Africa and South East Asia in the history of the event.”

DP World has a portfolio of more than 65 marine terminals across six continents, including new developments underway in India, Africa, Europe, South America and the Middle East. In 2012, the company handled more than 56 million TEU. 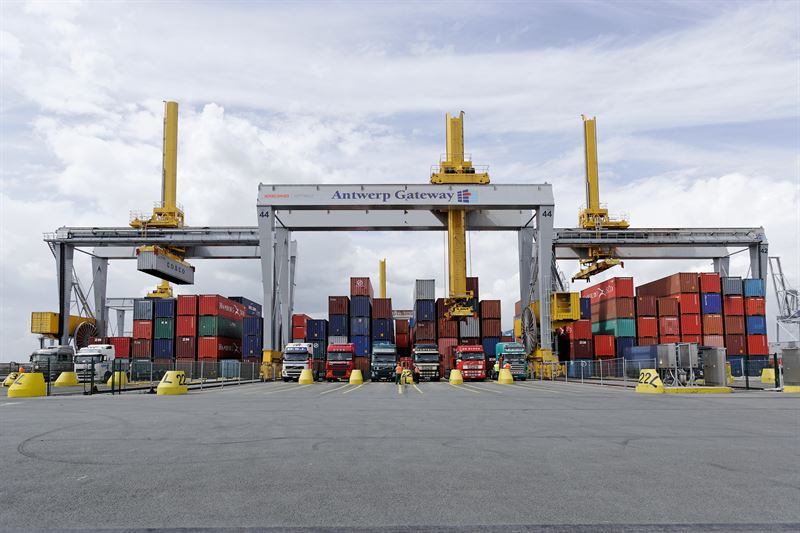