Singapore’s shipbuilder Keppel Offshore & Marine has secured new contracts from repeat customers with a total value estimated at about $186 million.

Namely, its subsidiary Keppel Shipyard has been awarded contracts worth around S$250 million for the conversion of a floating storage and regasification unit (FSRU), integration of a floating production storage and offloading (FPSO) vessel, and the jumboisation of two trailing suction hopper dredgers (TSHD).

Chor How Jat, Managing Director (Conversions & Repairs), Keppel O&M, said, “We are pleased to secure contracts from repeat customers amidst the challenging industry environment and disruptions caused by COVID-19.”

For the first contract, Keppel Shipyard has received the Final Notice to Proceed (FNTP) from GAS-fifteen, a subsidiary of GasLog Carriers, for the engineering procurement construction (EPC) conversion of a liquefied natural gas (LNG) carrier into an FSRU.

This follows Keppel’s announcement on 25 November 2021 that Keppel Shipyard had signed a Limited Notice to Proceed (LNTP) to start early works for the conversion.

The yard’s scope of work for this project includes the EPC of the regasification skid, as well as the supporting systems such as boilers, spread-mooring, offloading, electrical and automation systems.

When completed, the FSRU will be deployed in waters some 17km southwest of the Port of Alexandroupolis, Northern Greece and will have an overall delivery capacity of approximately 5.5 billion cubic metres per year, with a peak send out of 22 million cubic metres per day. The FSRU will eventually be transferred to the Greek company GASTRADE and will supply the markets of Southeastern Europe with natural gas.

This is also the sixth major FSRU conversion that Keppel Shipyard will be undertaking, having converted the world’s first FSRU in 2008.

The second contract is between Keppel Shipyard and MODEC for the installation and integration of topside modules onboard the Bacalhau FPSO. The yard’s scope of work will also include the fabrication of a flare tower and two crane pedestals, the assembly and installation of two deck cranes, as well as completion and commissioning support for MODEC.

The hull of the FPSO is expected to arrive in Singapore in 2H 2022, with delivery scheduled for 2H 2023. Upon completion, the FPSO will be deployed to serve in the Bacalhau field located in the Santos Basin, offshore Brazil for Equinor and its field partners.

To date, Keppel O&M has delivered 12 projects to the MODEC group of companies, including FPSO conversions, module fabrication and integration works, as well as turret projects. Keppel O&M’s yard in Brazil, BrasFELS, has also supported MODEC for offshore support works during the operational phase of several FPSOs.

The other contracts are between Keppel Shipyard and a subsidiary of Royal Boskalis Westminster for the repair and jumboisation of two TSHDs. Work on the first TSHD has started and it is expected to be re-delivered in 2Q 2022, while the second TSHD is scheduled for arrival in 3Q 2022 with re-delivery in 4Q 2022.

According to Keppel, each vessel will be integrated with a new owner-furnished block which will increase the vessel’s overall length from its existing 156 metres to 201 metres upon completion. At the same time, both vessels will undergo refurbishment including the overhauling and replacement of equipment.

TSHDs support the construction and maintenance of ports and waterways, coastal protection against rising sea levels, and land reclamation for growing populations.

Keppel O&M has delivered four major projects to Boskalis, including the jumboisation of dredgers, heavy lift vessel conversions, and the construction of a rock dumping fall pipe vessel. 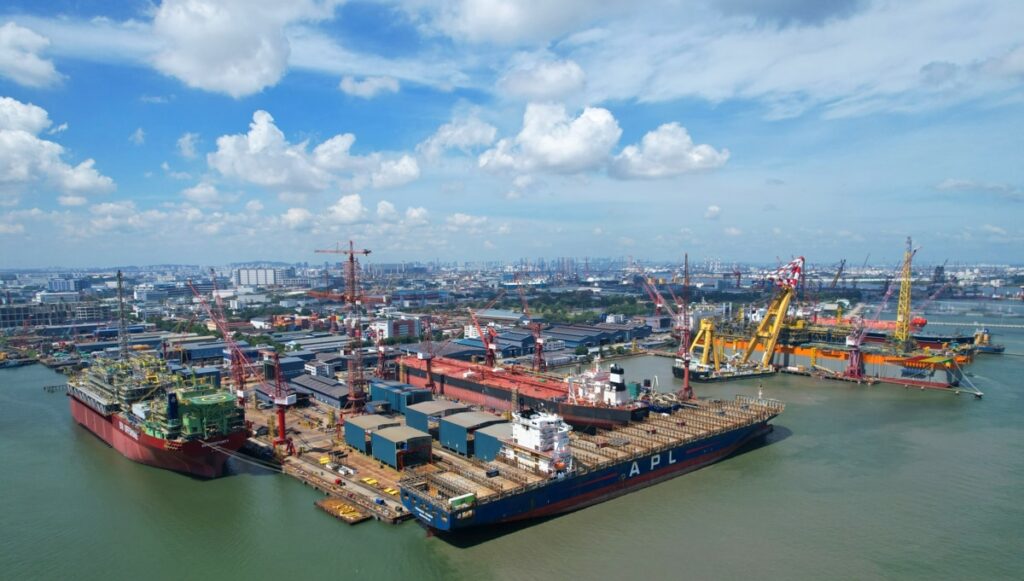 Keppel hired to work on floaters for Gulf of Mexico and Senegal projects
Posted: 2 months ago
Keppel O&M gets integration contracts for two FPSOs
Posted: 4 months ago
Keppel scores $2.8 bln worth FPSO order with Petrobras
Posted: 5 days ago