Keppel Offshore & Marine Ltd (Keppel O&M), through its wholly-owned Brazilian subsidiary, Navegantes Maritime Construction and Services, has entered into an agreement with Brazil’s TWB Group to acquire the Estaleiro TWB shipyard in Navegantes, Santa Catarina. This acquisition is subject to the fulfillment of conditions by TWB Group.

The 7.6-ha shipyard will be operated by Keppel O&M’s specialised shipbuilding arm, Keppel Singmarine. The yard has a 300m long waterfront and is equipped with a slipway, pipe and hull shops and an outfitting quay. Keppel O&M’s total investment in the yard, including further capital expenditure to upgrade and modernise the facility, will be in the region of about USD 50 million. Keppel’s new yard is expected to be operational by the second half of 2010. At full capacity, it is estimated to be able to complete an average of eight vessels a year.

Mr Chow Yew Yuen, President (the Americas) of Keppel O&M, said, “Our latest acquisition reinforces Keppel O&M’s Near Market, Near Customer strategy, and complements our BrasFELS yard in Angra dos Reis in offering a slew of comprehensive solutions for Brazil’s offshore oil and gas sector. Petrobras has announced plans to charter some 147 locally-built Offshore Support Vessels over the next five years, with at least 70% of the work on each newbuild to be carried out within the country. Through this new facility, we will bring our specialised shipbuilding expertise to the doorsteps of Brazil’s offshore field development market to help satisfy the demand for robust support vessels.”

To be named Keppel Singmarine Brasil, the new yard will focus on the construction of Offshore Support Vessels such as Anchor Handling Tug Supply vessels, Platform Supply Vessels, Oil Recovery Support Vessels and harbour tugs, among others. It will also be equipped to undertake the fabrication of offshore modules, which will be an added advantage for Keppel to support the execution of major projects at the BrasFELS yard.

The municipality of Navegantes, where Keppel Singmarine Brasil is based, is an hour’s flight from the city of Sao Paulo. The shipyard is located 110 km north of Florianopolis, the capital city of Santa Catarina, and is 15 minutes by car to the Navegantes airport. It is also in proximity of supporting marine industries in the Navegantes and Itajai areas. 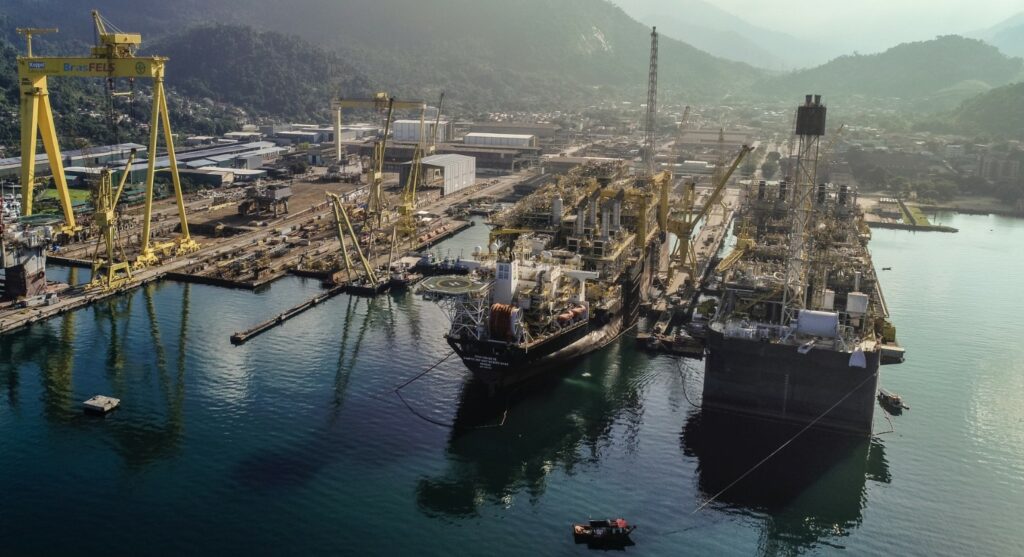