Kraken Robotics’ wholly-owned subsidiary, Kraken Robotic Systems, has been formally notified by the Government of Canada that its application to the Build in Canada Innovation Program (BCIP) has been approved.

The company has been pre-qualified into the program for its ThunderFish 300 autonomous underwater vehicle (AUV) for military and scientific applications.

Karl Kenny, Kraken’s president and CEO, said: “We are proud to have achieved pre-qualification status with the BCIP. This is yet another significant milestone in Kraken’s evolution to becoming a vertically integrated underwater robotics company.”

The platform which can be configured to operate at depths up to 6,000 meters, is suitable for oceanographic and military tasks including underwater surveys, environmental monitoring, habitat mapping, marine archaeology, inspection of submerged structures, searching for downed aircraft and naval mine countermeasures.

The Build in Canada Innovation Program

The Build in Canada Innovation Program (BCIP) helps Canadian companies of all sizes move their state-of-the-art goods and services from the laboratory to the marketplace. Through the BCIP, companies can sell their pre-qualified innovations to the federal government as their first reference sale. After testing a company’s innovation, federal departments provide feedback on the innovation’s performance in an operational setting. The program pays up to C$500,000 for non-military innovations and up to C$1,000,000 for military innovations. 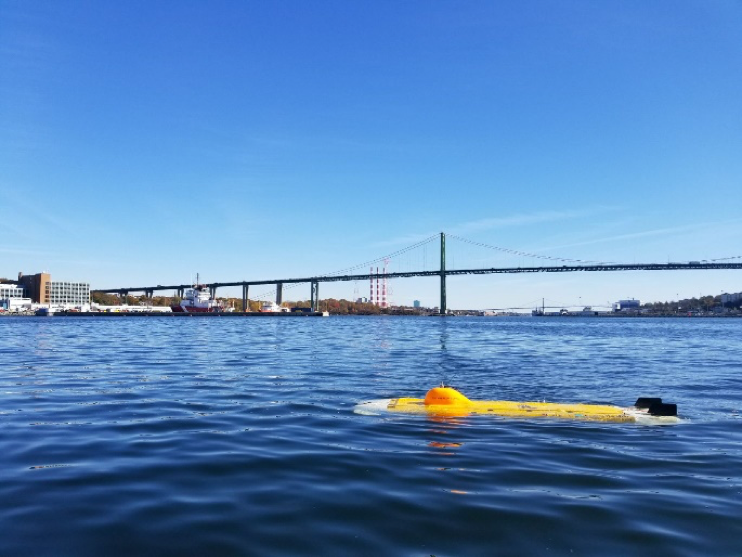