Singapore’s independent oil and gas company KrisEnergy has entered into a credit facility agreement with Kepinvest Singapore to fund the near-term development project in Cambodia’s offshore Block A.

KrisEnergy said on Thursday that Kepinvest agreed to grant a project financing loan in the aggregate principal amount of up to $87 million.

The loan facility is intended to be utilised for, among other things, the funding of the development of the company’s near-term development project at Cambodia Block A, an offshore development oil and gas asset located in the Khmer Basin of the Gulf of Thailand, with approximately 3,083 square kilometres of gross acreage in which the KrisEnergy has an aggregate working interest of 95 per cent.

The company is currently developing a minimum facilities wellhead platform for the Apsara oil field in Block A.

Due to the unproven production performance of the Khmer Basin, development of the Apsara oil field will be in several phases to mitigate risk and provide time for the collection and analysis of critical data to be applied in future phases.

If further phases of project development are pursued, peak production is expected between 2024 and 2026.

This development phase – named Mini Phase 1A – is designed to incur minimum costs to first oil and comprises the mini-platform and five initial development wells connected to the Ingenium II production barge for oil, gas, and water processing.

At least two of the five wells will target fault blocks with previously successful exploration wells. Mini Phase 1A is scheduled to start oil production in 2020 and to reach a peak production rate of 7,500 barrels of oil per day.

The company estimates that approximately $87 million will be required to fund the development of this phase.

KrisEnergy also stated that it, along with its subsidiary KrisEnergy Asia, issued a letter to DBS Bank on Thursday regarding the revolving credit facility agreement originally dated 24 March 2014.

The facility, amended and restated on 24 March 2016 and 13 April 2017, stands at $200 million as of 4 April 2019. The letter was issued to provide assurances in respect of the application of certain cash proceeds received and which would be received by the company.

Also, the company understands that there is a bilateral contract between Keppel and DBS, under which the key economic risk in the facility agreement is held by Keppel. To make this clearer, it is noteworthy to say that Keppel is a creditor and shareholder of KrisEnergy.

After the steep and prolonged downturn in oil prices between 2014 and 2017, KrisEnergy encountered problems funding capital expenditures for its production and development assets.

Despite the company’s efforts to improve its liquidity and financial position, prolonged volatility in oil prices and equity markets and weakening sentiment towards the upstream and offshore marine sectors impeded its efforts to recover and operate in a manner that would be sustainable in the long run.

Consequently, the Group has faced difficulties in obtaining financing for Mini Phase 1A. Under the agreement with the Cambodian government, the deadline for first oil without financial penalties is 30 June 2020.

The Cambodian government has indicated that there will be serious consequences, financial or otherwise, concerning Block 1 if first oil deadline is not met and timely funding is not obtained.

Such consequences could include the termination of the concession rights for Block 1 if first oil production is not achieved by 31 December 2020.

Efforts to raise financing for the development of Block 1 have been ongoing for the past few years.

The most recent effort has been carried out with the assistance of Houlihan Lokey when it contacted over 110 potential investors including 41 financial investors and 12 commodity traders to gauge their interest in providing funding.

To date, indicative crude prepayment financing offers have been received from several commodity traders and strategic investors. However, the terms of such financing offers were seen as onerous and not possible for KrisEnergy to deliver in addition to being insufficient to fully fund the first phase of development.

In contrast, the terms of the loan facility, both in terms of quantum and interest rate, are a more realistic option than alternative funding sources that are available to the company. Accordingly, the loan facility is the only credible option to preserve Block 1 and future value for all stakeholders. 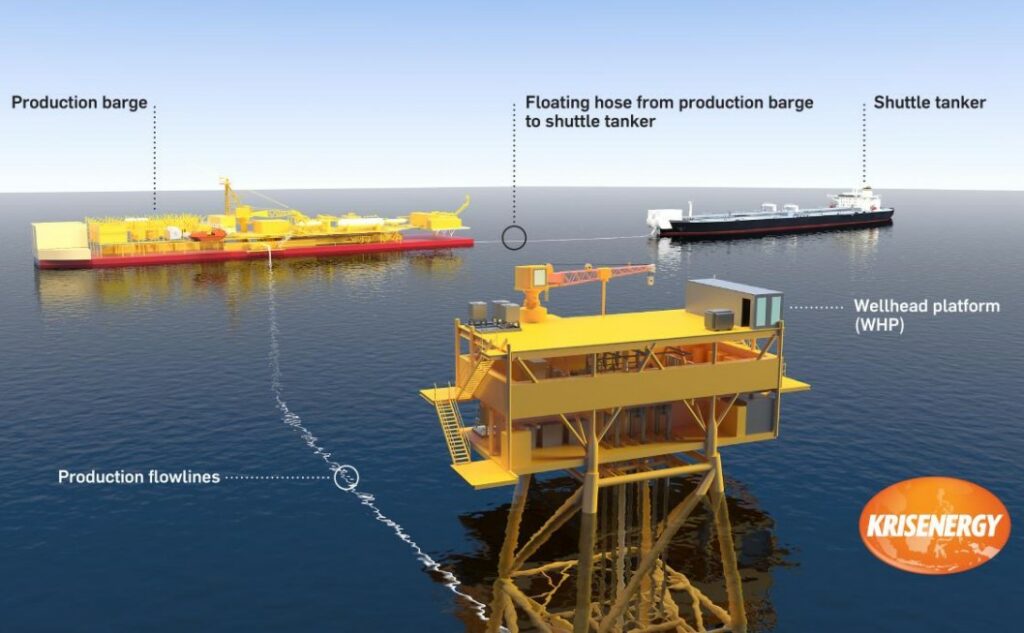