Lankhorst said that this award followed the successful deployment of Lankhorst mooring lines for the Liza Destiny FPSO mooring system also on the Liza field.

The Liza Unity FPSO will be spread moored at a water depth of 1,600 meters with 20 Cabral 512 deepwater mooring lines with a minimum breaking strength of 12,300 kN.

The Cabral 512 rope construction features a specially designed filter, preventing ingress of sand while the mooring lines are pre-laid on the seabed ahead of the Liza Unity FPSO arriving on station.

In addition to reducing the number of shipping reels by loading longer mooring line lengths or multiple segments on each reel, Lankhorst also introduced reusable shipping rope reels and cradles which can be returned to its manufacturing facilities.

These enable a more sustainable supply of deepwater mooring lines. The Liza Unity mooring lines will reuse the 16 shipping reels returned from the Liza Destiny mooring.

The Liza Unity FPSO hull arrived at Keppel in Singapore in mid-January 2019 following its journey of 2,300 nautical miles from the Shanghai Waigaoqiao Shipbuilding and Offshore (SWS) yard in China.

To remind, SBM ordered the MPF1 hull on speculation in July 2017, hoping for an improvement in the market.

The MPF1 hull was allocated to the Liza Unity FPSO for offshore Guyana, following the final investment decision by ExxonMobil in May 2019. ExxonMobil targets Liza Phase 2 start-up in early 2022. The vessel will work on the Liza field in the Stabroek block circa 200 kilometers offshore Guyana.

In December 2019, SBM ordered two new FPSO hulls in China. These will be SBM’s fourth and fifth hulls ordered under the company’s Fast4Ward program. 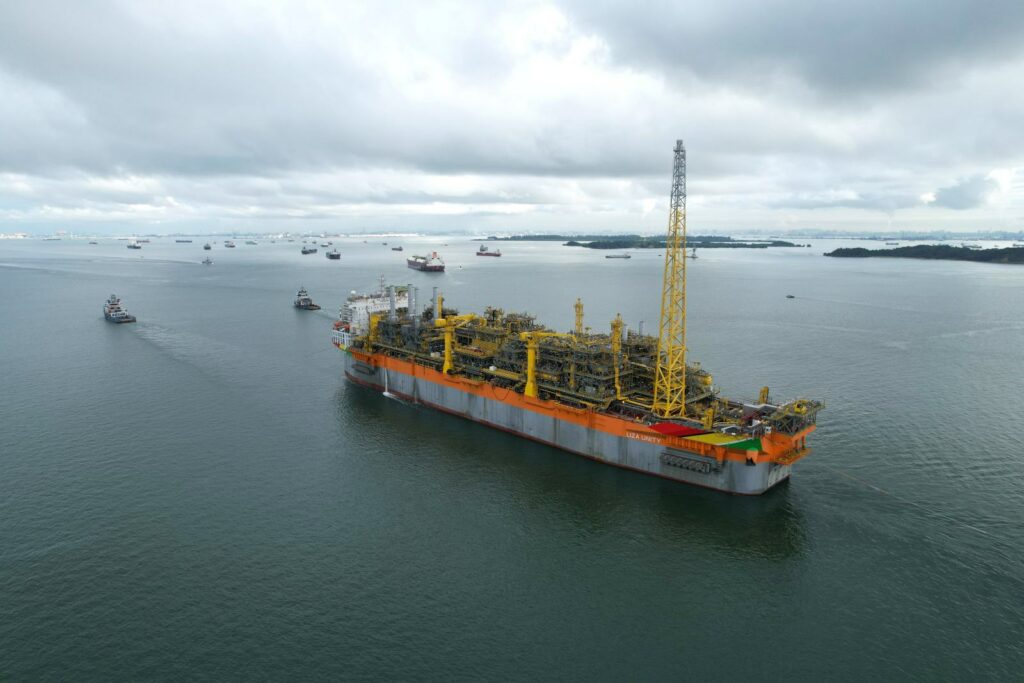