However, according to Skou, the decision does not mean that Maersk Line is giving up on its ambition to remain a market leader as the company is in a very strong position to continue to grow even in a difficult market such as the present one.

Maersk Line revealed in an announcement today that it would not exercise the previously announced options for six 19,630 TEU vessels at Korean shipbuilder Daewoo Shipbuilding and Marine Engineering (DSME) and two 3,600 TEU feeders at China’s COSCO and will postpone decision on the optional eight 14,000 TEU vessels.

The container shipping company also revealed plans to cut at least 4,000 positions by the end of 2017 “with the aim of minimizing redundancies through managing natural attrition.”

Commenting on media reports on the recent lay-up of one of Maersk’s Triple-E ships, Skou said the Triple-E vessel was never laid up, but kept idle for a few weeks due to holidays in China.

With respect to the decision to cancel the option for the 19,000 TEU boxships and potential impact on other carriers that have also ordered these mega ships, Skou explained that the decision is related to short-term market expectations that have been substantially lowered, adding that there is “no need to invest as much to maintain growth.”

“There are no costs associated with the cancellations,” Skou added.

He could not, however, comment whether other carriers would follow Maersk Line’s example and cancel their capacity additions.

Moreover, according to Skou, by opting not to expand capacity, Maersk Line wants to “attain the highest possible utilization of the exiting capacity on existing networks.”

Speaking of the announced staff reductions, Maersk Line CEO said that at the moment there were no further details on the particular jobs to be affected, but stressed that layoffs would happen globally across the company’s offices in 116 countries.

Nevertheless, the layoffs and cost reduction measures are not in correlation with Maersk’s Alliance partner MSC and their staff, he said.

Over the next two years, Maersk Line said it expects to lower the annual Sales, General & Administration (SG&A) cost run-rate by USD 250 million with an impact of USD 150 million in 2016. SG&A savings will be derived from already initiated transformation projects and the standardisation, automation and digitalisation of processes.

Maersk Line was hit the most by disappointing markets in Asia to Europe trade, which had a negative growth, as Europeans were importing less than last year, followed by West Africa and South America especially, the East Coast.

Commenting on the outlook, Skou said that the market downturn came as a surprise to many. However, the company does not see a long-term problem for the container shipping industry despite weak demand and volatile freight rates as global trade growth, and thus, the container shipping industry, are expected to follow the predicted global economic growth. 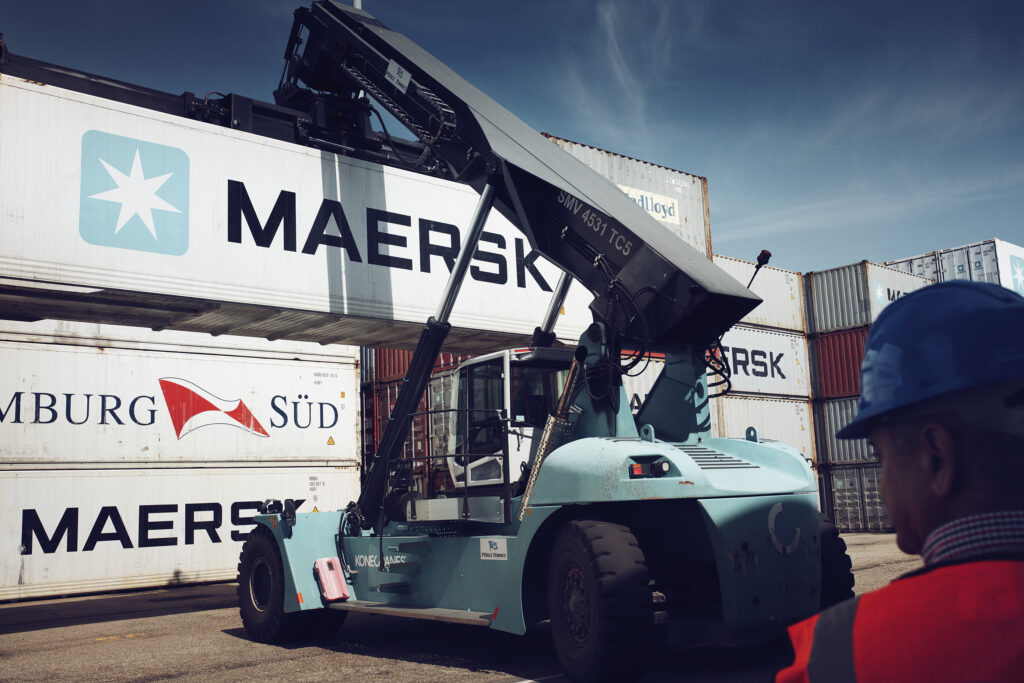