Maersk’s offshore charging company, Stillstrom, and Port of Aberdeen have signed a memorandum of understanding (MOU) to perform a joint feasibility study into a charging hub that would use offshore wind or other renewable energy source to power vessels on standby outside the port.

Running until the end of this year, the study will analyse the benefits, use cases, fundamental requirements, economics, and stakeholder involvement.

The final product of the partners’ feasibility study will be a roadmap for the potential introduction of offshore charging infrastructure at the Port of Aberdeen, according to Maersk Supply Service, which developed the offshore charging concept.

“The feasibility study we will undergo with Port of Aberdeen is a cornerstone in our go-to-market strategy for our ‘Ports & Hub’ segment. Together with Port of Aberdeen as a close partner, we will be able to map and show the true value of utilising electricity for idling vessels – which we expect will not only support the journey towards a net-zero ocean economy and a better near coastal environment, but also an economically attractive solution for vessels owners to utilise“, said Stillstrom CEO Kristian B. Jorgensen.

Maersk Supply Service introduced the concept in September 2020, when the company said it had joined forces with the offshore wind major Ørsted to test a prototype buoy that will act as both a safe mooring point and a charging station for vessels on one of Ørsted’s offshore wind farms.

In January of this year, the company launched Stillstrom (‘quiet power’ in Danish) and said that it would demonstrate the world’s first full-scale offshore charging station for vessels at an offshore wind farm in the third quarter of this year.

The buoy will supply overnight power to one of Ørsted’s Service Operations Vessels (SOV), with Ørsted responsible for the grid integration of the charging buoy.

The charging buoy itself is large enough to charge an SOV-sized battery- or hybrid-electric vessel. The same solution will be scaled and adapted to supply power to larger vessels, enabling vessels of all sizes to turn off their engines when lying idle, the company said at the beginning of this year.

According to Maersk, Stillstrom’s offshore charging concept is relevant for multiple stakeholders across ocean industries, from offshore renewables to idling merchant vessels within ports and hubs.

The concept provides a platform for vessels to utilise electricity from either offshore wind or grid-energy, eliminating the need for vessels to consume fossil fuels while idling. The solution also allows for the charging of battery packs on applicable vessels, Maersk says.

The MOU with Port of Aberdeen is not the first collaboration of this kind a company from the A.P. Moller Maersk Group has with a port.

Namely, around the same time Maersk Supply Service announced the launch of its offshore vessel-charging venture in January, Maersk Drilling and Denmark’s Port Esbjerg revealed they were working together to enable the supply of green power for offshore drilling rigs.

In Esbjerg, Maersk Drilling’s rigs are connecting to a green shore-to-ship power plant and are able to shun fossil-fuel power altogether when docked. The plant is the first of its kind in Denmark where up to three rigs can be connected at the same time, which substantially reduces carbon emissions, according to Maersk Drilling. 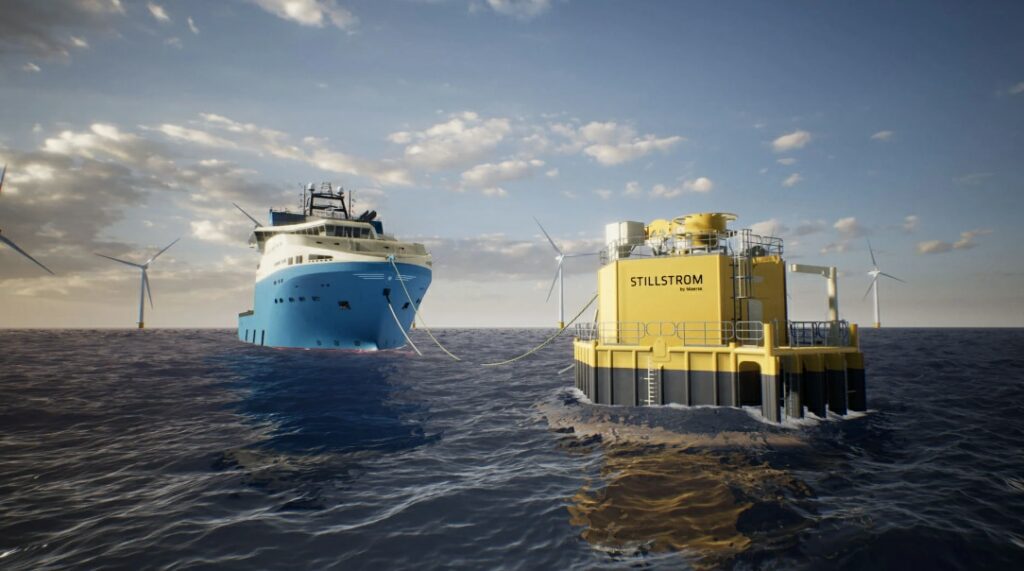