Denmark’s A.P. Moller-Maersk expects the revenue generated through the recently acquired container carrier Hamburg Süd to compensate for around 60% of revenue loss after the spin-off of the company’s Energy division is completed, Sorens Skou, CEO of Maersk, was cited by Reuters as saying.

Hamburg Süd’s revenue in 2015 was around USD 6 billion, compared to some USD 9.8 billion Maersk generated via its Energy division in 2015, Skou said.

In total, Maersk generated around USD 40 billion in revenue in 2015.

Back in September, Maersk announced plans to split its portfolio of businesses into two independent divisions; an integrated Transport & Logistics division and an Energy division.

The group’s Transport & Logistics division will consist of Maersk Line, APM Terminals, Damco, Svitzer and Maersk Container Industry, based on a one company structure with multiple brands.

At the time, Maersk said that its oil and oil-related businesses would require different solutions for future development including separation of entities individually or in combination from the company in the form of joint-ventures, mergers or listing. 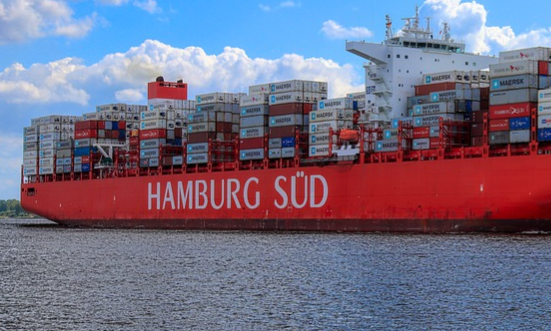