At this year’s International Tidal Energy Summit 2019 (ITES 2019), Magallanes Renovables presented the results of its first six months connected to the Scottish grid.

During this period, it has been possible to generate blue energy thanks to the ATIR platform, 1.7 MW, generating energy continuously and autonomously.

These first results have demonstrated that Magallanes Renovables’ patented system is a robust, reliable and efficient system for generating renewable energy from tidal currents.

In parallel to ITES 2019, the European Marine Energy Centre (EMEC) organised a workshop to present the conclusions of the first phase of the development of the ATIR platform within the Fast Track to Innovation OCEAN_2G project.

Thanks to this project, the operability under real conditions and the performance obtained have been validated, demonstrating that the model is ready to start its commercialization.

The ATIR platform can generate more than 4,500 hours per year using a 100% renewable, emission free and totally predictable energy source. Translated into consumption figures, we are talking about a single platform that could supply more than 1,000 homes with blue energy.

According to the company, installing this technology in Spain would generate 11.2% of the national energy demand, given that in the Strait of Gibraltar there is a generation potential of more than 7,000 MW.

The installation of a “park” of ATIR platforms to take advantage of the existing resource in the Strait would prevent the emission of more than 30 million tonnes of CO2 into the atmosphere in Spain alone, the company says.

This percentage, which is equivalent to 40% of the country’s total emissions in 2018, would allow Spain to comfortably meet the objectives of the Paris Agreement, as well as the proposal made at the COP25 held in Madrid.

Moving towards the 2030 Horizon of the European Union, and in order to demonstrate technical and environmental feasibility, Magallanes Renovables has started to establish agreements for the development of pilot parks in Scotland (UK), Florida (USA) or Canada.

Currently, the most advanced project is Morlais, on the island of Anglesey (Wales), where Magallanes Renovables would be able to install more than 30MW. 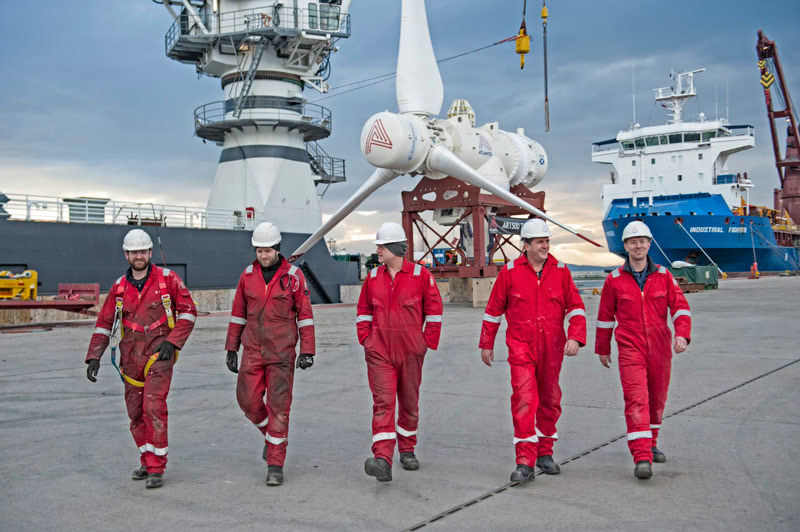