Van den Herik’s trailing suction hopper dredger (TSHD) Charlock has been back at the Niestern Sander shipyard in Farmsum, the Netherlands.

Last weekend various priority maintenance works were executed at the dock location, after which the dredger left again.

Among various maintenance works, a store crane had been positioned on the fore ship.

Also, a bulkhead fitted with Hardox wear plates, pins of the suction tube arm were replaced, six new water tight doors have been installed and paintwork on deck has been executed, said the shipyard.

The TSHD was built by Barkmeijer Shipyards and started her first assignment in March 2016. 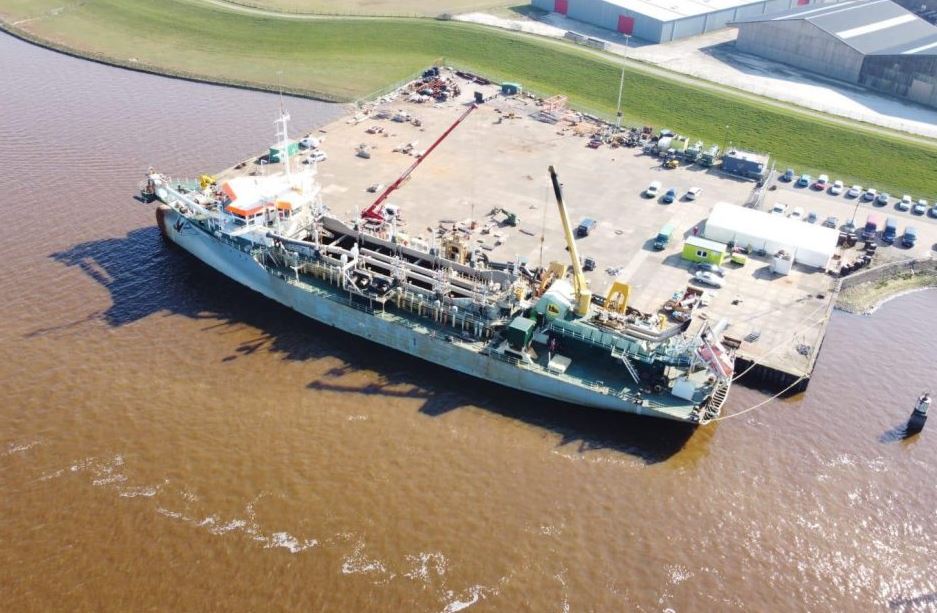