Marine-i, the EU funded programme set up to boost the marine technology sector in Cornwall and the Isles of Scilly, has made a grant award to a pioneering hydrographic survey company, Ultrabeam Hydrographic.

This company provides ultra high resolution hydrographic surveys for clients with marine based assets, such as harbours, subsea pipelines and oil and gas platforms.

Ultrabeam has developed a new type of unmanned surface vessel, the Ultra-USV, a 3 metre catamaran which has been designed to gather fast, accurate and highly detailed survey data in challenging locations.

It is believed to be the first unmanned survey vessel of its kind. As well as carrying a full suite of high-tech survey equipment, this compact craft is powered by 4 electric thrusters in a vectored thrust layout. This thruster configuration means the craft can make very precisely controlled movements in any direction, similar to the way an aerial drone operates.

This has huge advantages for marine surveying work, as Ultrabeam’s Technical Director, Gabriel Walton, explains: “This type of dynamic positioning will be a real game-changer for the industry. For example, the Ultra-USV can hold its position accurately even in river currents and can also achieve much closer inspection of features than would be possible with any conventional craft. We will be able to do things that were previously thought impossible or too risky in the world of inshore surveying.”

Leo McLeman, Marine Challenge Fund Lead at Cornwall Development Company, says: “The Marine-i team was very impressed with the innovative thinking that had gone into the development of the Ultra-USV concept and the outstanding commercial potential that this new technology offers. It is another example of the pioneering 21st century technologies that are coming out of Cornwall and which Marine-i is helping to nurture.”

Marine-i’s grant funding support will enable Ultrabeam to proceed with a fully engineered prototype for extensive sea trials, with a view to bringing this new unmanned surface vessel to market by the end of 2018. 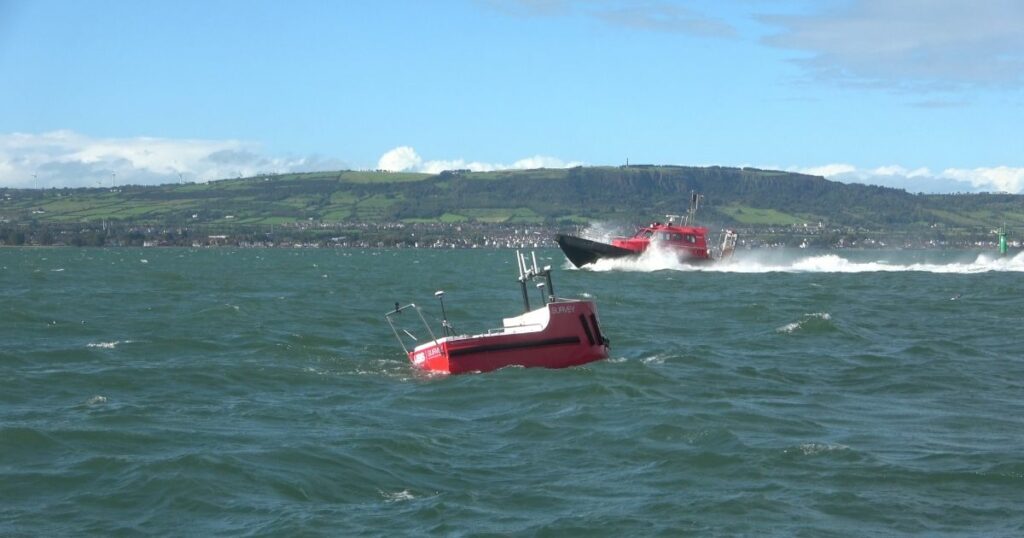