Under the supervision of MDL offshore personnel, the equipment was assembled onboard DOF’s Skandi Seven in the Mediterranean and sent off to Angola for offshore installation using the MDL RDS to mobilise the product reel.

Following the offshore installation, the MDL spread was demobilised in a West African port facility.

“This has been our first campaign with DOF Subsea in Angola and I am extremely pleased that we were able to support them in safely executing the scope in these challenging times”, said Michael Blease-Shepley, MDL VP Africa.

“As ever, the careful forward-planning and co-operation between the two companies meant that we were able to safely optimise the execution schedule with personnel and equipment movements, to overcome the restrictions posed by the pandemic“.

A month ago, MDL completed a flexible installation in Ghana’s Tema port for the offshore LNG facility.

MDL third-generation RDS was used to deploy a 33-centimetre gas lift riser from an 11.4-metre reel which was mobilised on the back of an anchor handler vessel. 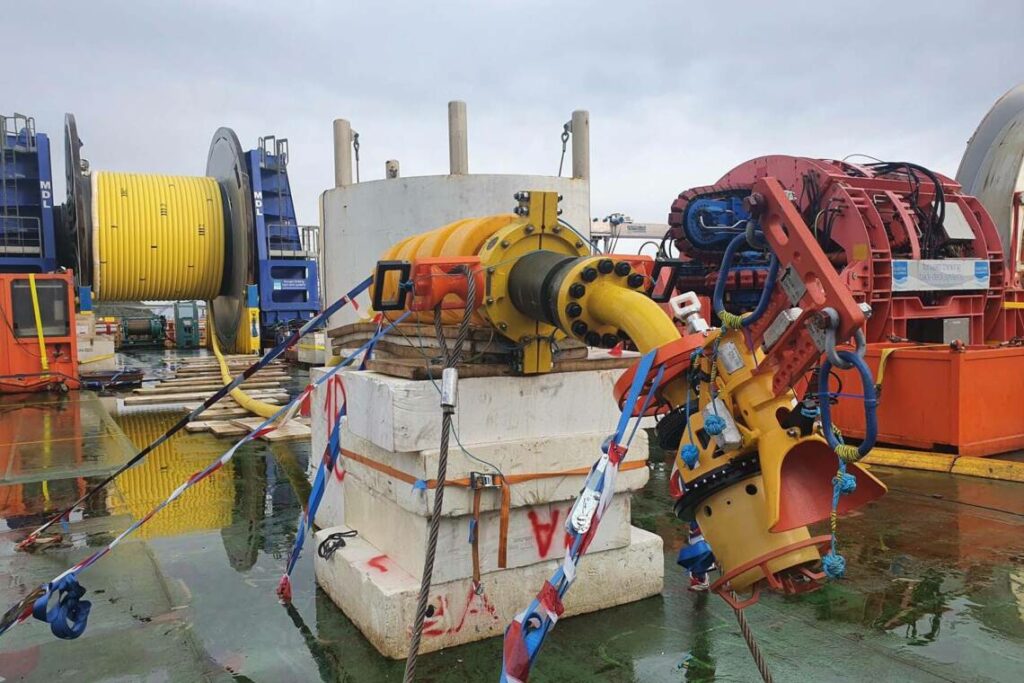