The ship will be powered by liquified natural gas, or LNG, one of the cleanest-burning fuels available.

During the ceremony, it was revealed that Captain Minnie Mouse will be painted on the bow of the newbuild.

“We are thrilled to reach this significant milestone in the ship building process and to unveil Captain Minnie as the beloved character on the bow of the Disney Wish,” Thomas Mazloum, president of Disney Cruise Line, commented.

Keel laying takes place when the first block, or section of a ship, is lowered into the building dock, and a newly minted coin is placed under the keel for good fortune. The coin created for the Disney Wish features Captain Minnie, who made her debut aboard Disney Cruise Line ships in 2019 as part of a collection of initiatives aiming to inspire the next generation of female leaders in the cruise industry.

As previously announced, the Disney Wish is scheduled to sail its maiden voyage in summer 2022.

At approximately 144,000 gross tons and 1,250 guest staterooms, the ship will be slightly larger than the Disney Dream and Disney Fantasy. 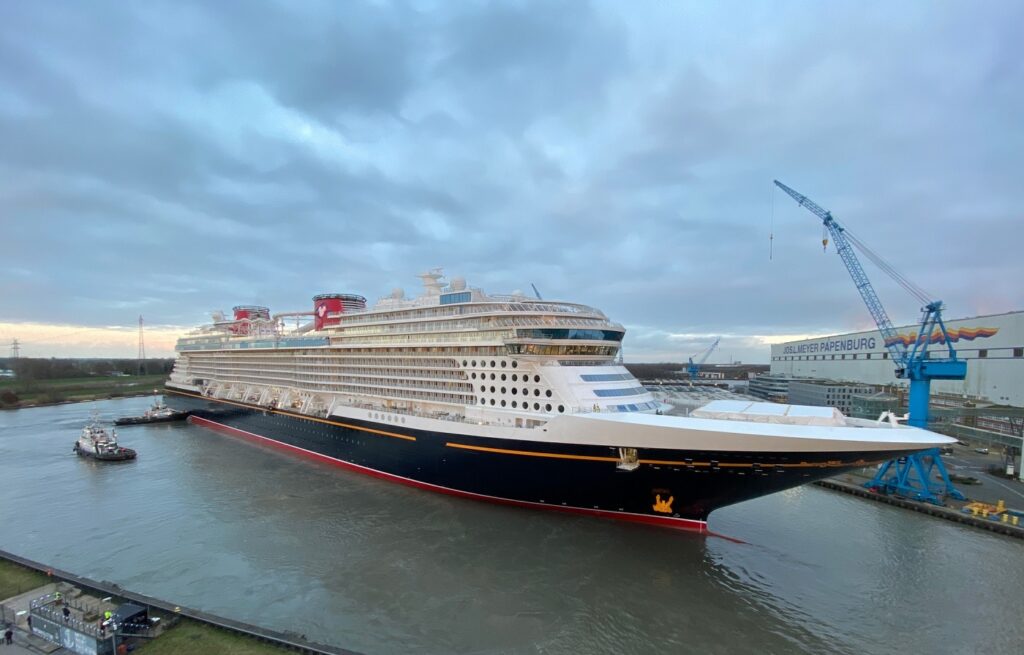