FSRUs are floating facilities used for storing and regasifying LNG, which is then pressurized and piped ashore.

MOL and DSME have been jointly developing the system to enhance fuel consumption efficiency and reduce CO2 emission of FSRU. The cold power generation technology is based on the Organic Rankine Cycle.

Organic Rankine Cycle system itself is a proven technology that has been utilized in multiple onshore LNG terminals for around 40 years.

As explained by BV, this will be the first time the system has been developed for use in a floating terminal.

During the LNG regasification process – as the liquefied natural gas at -163 warms up and changes to its gaseous state, cold energy is recovered for power generation instead of being fully dispersed back into the ocean as cold seawater.

The system is targeted to reduce the fuel gas consumption and CO2 emission for FSRU approximately 50% by recovering approximately 70% of the power consumption in the regasification process at maximum rated regas flow rate.

“We are always looking to support innovation. Gas is a particular area of focus and expertise for BV. Floating gas terminals are well supported both by our rules for FSRUs and FSUs and by working closely with important stakeholders like MOL and DSME to promote safety, sustainability and efficiency in FSRU/FU design, construction and operations,”
Claude Maillot, Senior Vice President, North Asia Zone for BV, said. 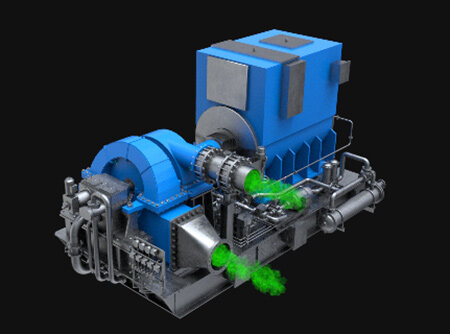