The vessel was named Hokulink and was built to serve Hokuriku Electric Power Company and transport coal from overseas, contributing to a stable and sustainable supply of electricity.

According to MOL, the EeneX series is based on the Japanese shipbuilding industry’s know-how and technology in the development and construction of coal carriers, along with MOL’s expertise in operating these vessels.

The design of the 90,000 dwt coal carrier adopts a double-hull structure eliminating the need to fill cargo holds with ballast water, reducing the risk of marine pollution and minimising cargo contamination with salt and rust.

In addition, the vessel is equipped with a SOx scrubber to reduce its environmental impact.

The first vessel in the EeneX series, Kurotakisan Maru III, was delivered to MOL in December 2021 and will serve Electric Power Development Co.

The 95,000 dwt coal carrier that will be operated by MOL will feature a length of 235 metres and a width of 38 metres. It will be constructed by Namura Shipbuilding and is scheduled to be handed over in June 2023. 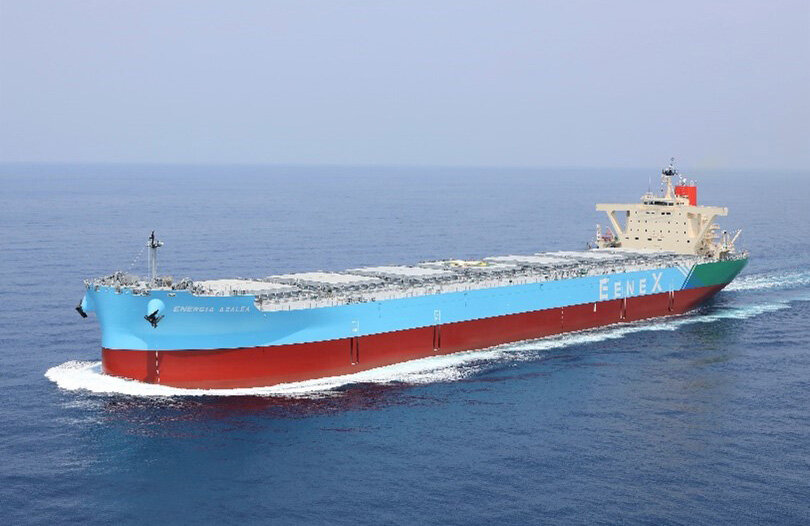