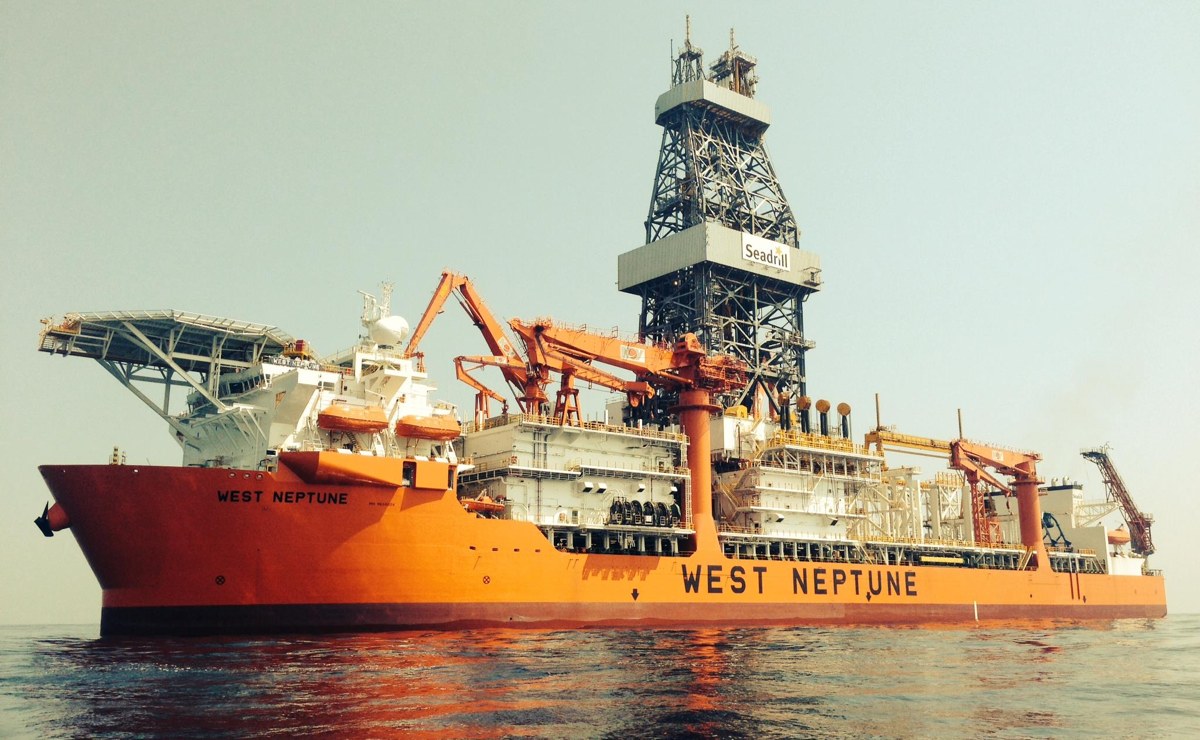 Offshore drilling contractor Seadrill has secured a contract extension for one of its drillships, which will continue to carry out operations in the U.S. Gulf of Mexico. With energy security playing a pivotal role in the current demand growth in the offshore drilling market, the company hopes to take advantage of renewed vigour in the oil and gas sector to boost further its fleet utilisation and day rates.

Back in April 2022, Seadrill said that the West Neptune drillship secured a four-well extension with two one-well options with LLOG Exploration Offshore in the U.S. Gulf of Mexico. At the time, the company explained that the firm term with an estimated duration of 200 days will begin in direct continuation of the existing contract.

The extension was expected to keep the rig busy until August 2023 while the total contract value for the firm term was approximately $71 million. The 2014-built drillship has been working for LLOG since September 2021 and the firm part of its contract was set to expire in October 2022 with options until December 2022.

Within its new fleet status report and results for the third quarter of 2022, released on Wednesday, Seadrill disclosed that the West Neptune drillship recently secured a six-month firm term extension, with a further six-month optional period, with LLOG in the U.S. Gulf of Mexico.

This extension is scheduled to start in direct continuation of the current term. It is expected to keep the rig busy until Q4 2023, furthering the rig’s long-term association with LLOG since its delivery from the shipyard. The drilling contractor highlighted that the total contract value for the firm term is approximately $73 million, with an additional $78 million for the optional period.

Capitalising on recovery in drilling market

Meanwhile, Seadrill pointed out that it feels “encouraged” by developments in the oil and gas sector and supports the view that “offshore drilling is at the beginning of a sustained upcycle, in which we are well-positioned, with one of the youngest and most technologically-advanced fleets among our peers.”

Simon Johnson, CEO of Seadrill, commented: “We remain in a strong position to continue delivering for all our stakeholders and to capitalise on market opportunities. We are focused on ensuring our fleet is one of the youngest and most technologically advanced in the offshore drilling business and expect to be at the forefront of the sector’s recovery as it continues to be buoyed by strong fundamentals.”

Seadrill’s total operating revenues for 3Q 2022 were $269 million, compared to $253 million in 2Q 2022, an increase of $16 million sequentially, primarily as a result of a full quarter of operations for the West Hercules and increased day rates earned by the West Tellus and Sevan Louisiana. This was partly offset by West Saturn not operating in 3Q 2022 due to preparation for its new contract with Equinor and lower management contract reimbursable revenues from Sonangol.

Seadrill underscored that fundamentals of the oil and gas sector are expected to “remain resilient” in the near to medium term and are supportive of “a positive outlook” for offshore drilling. The drilling contractor pointed out that reserves are depleting and replacement ratios are lower than required to meet future energy consumption, following years of underinvestment by E&P companies.

As a result, the firm claims that offshore E&P spending in 2022 is forecasted to reach the highest level since 2017, and further growth is expected thereafter, with NOCs playing “a pivotal role.”

“As a result of the strong demand backdrop, coupled with scrapping programmes in recent years and renewed capital discipline amongst drillers, marketed utilisation is approximately 90 per cent for the majority of drilling sectors,” underscored Seadrill.

Furthermore, the company elaborated that the ultra-deepwater floater market continues to rally, with “constantly improving leading-edge day rates.” The Golden Triangle – the Gulf of Mexico, South America, and West Africa – has been “a key driver of growth” in 2022. This market is expected to continue to be “a focal point” in the longer term, supported in particular by the outlook for Brazil and Africa, emphasised Seadrill.

Moreover, the firm claims that the marketed utilisation of drillships remains above 90 per cent, with utilisation for seventh-generation units at 95 per cent, reflecting operators’ preference for high-specification units. The current “tightness in the benign floater market” is largely driven by supply constraints, and with challenges in global supply chains resulting in longer lead times for upgrades and reactivations, “utilisation could reach levels not seen since the previous upcycle,” said Seadrill.

The jack-up market has further strengthened as demand in the Middle East reached all-time highs, mainly driven by Saudi Arabia and supported by Qatar and the UAE. Therefore, marketed utilisation for premium units is at 93 per cent, with total utilisation only marginally lower, stated the offshore drilling player.

However, the harsh environment market is “still relatively subdued,” but in the medium-term outlook is “more encouraging.” Seadrill believes this to be even more true for the high-specification semi-submersibles. The firm expects the harsh environment floater demand to recover from 2024, with several FIDs anticipated in Norway and “a renewed focus” on energy security in both the UK and Norway.

Seadrill further added that the harsh environment jack-up segment has faced some near-term headwinds, including idle time and sublets in the CJ70 market. Although, recent fixtures in the UK jack-up market, suggest “a substantial uptick” in day rates compared to 2021 levels.

The offshore drilling contractor’s order backlog on 30 September 2022 was approximately $3.0 billion, of which $718 million was related to seven jack-up rigs contracted in the Kingdom of Saudi Arabia that were sold to ADES in October. During the 3Q 2022, Seadrill added $91 million to its order backlog, while consuming $266 million.

Regarding Seadrill’s other recent activities, it is worth noting that the firm secured a 12-well extension in Angola with the Sonadrill joint venture for the Libongos drillship. This is slated to start in the fourth quarter of 2022, in direct continuation of the existing contract, and the firm term is approximately 25 months.

As the total contract value for the firm portion of the contract attributable to Sonadrill is approximately $327 million, inclusive of additional services, Seadrill’s order backlog as of 30 November 2022 is $2.4 billion.

Premium
How Noble rigs fare and what are they up to?
Posted: 9 days ago
Drilling campaign in Gulf of Mexico on Murphy’s agenda for 2023
Posted: 5 days ago
Seadrill tasked with addressing nonconformities on jack-up rig
Posted: about 1 month ago