The Shoreham Adur Tidal Walls Scheme which has significantly reduced flood risk to thousands of properties on the West Sussex coast has been recognized with a prestigious national award.

The project, officially opened in March 2019, was crowned Climate Resilience Project of the Year at the British Construction Industry Awards on 9 October.

The Shoreham scheme was carried out by Mackley, working as part of Team Van Oord and on behalf of the Environment Agency, Coast to Capital Local Enterprise Partnership, Adur District Council and West Sussex County Council.

The BCI Awards recognize and reward excellence in project delivery. The Climate Resilience category recognizes excellence in completed projects – from concept, through procurement, design and construction and on to operations and ultimate end user satisfaction.

Designed to last for 100 years

Construction of the new 7.2km tidal defenses in Shoreham began in September 2016, as many of the old defenses came to the end of their useful life.

They are formed of embankments, sheet pile walls, rock revetments, flood glass, and property level protection, and are designed to last for 100 years – though have been built so that they can easily be further raised after 50 years if necessary.

The project also involved improving the public footpaths along the route of the defenses, and approximately 1.4 hectares of compensatory saltmarsh habitat have been created. 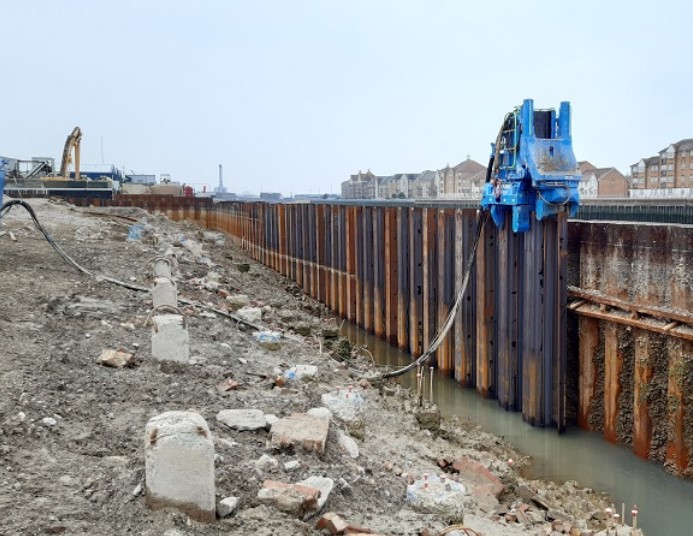