The Italian shipbuilder, in close cooperation with the virology lab of the International Center for Genetic Engineering and Biotechnology, ICGEB, has developed the air sanitation system called “Safe Air”, which is expected to significantly improve the quality and cleanliness of the air on board cruise ships.

MSC Cruises decided to install the advanced technology on the first of the two Seaside Evo-class ships.

The cruise line recently demonstrated its commitment to health and safety for its guests and crew when it became the first major line to return to sea with a new rigorous well-being protocol approved by a range of national and regional authorities following a global shutdown of the industry in March as a result of the global pandemic ashore.

The protocol has been in operation since 16 August when MSC Grandiosa resumed sailing in the West Mediterranean. The ship has now successfully completed the eighth successful and safe voyage.

MSC Seashore is currently under construction at Fincantieri’s Monfalcone shipyard and will be the largest and one of the most technologically advanced cruise ships ever built in Italy.

Being the longest ship owned by MSC Cruises, MSC Seashore will feature a length of 339 metres. It is scheduled for delivery in July 2021.

The newbuild will feature some of the latest technologies and solutions available to reduce its environmental footprint. These notably include a selective catalytic reduction (SCR) system and a next-generation advanced wastewater treatment (AWT) system. The SCR systems reduce nitrogen oxide (NOx) emissions by 90 per cent through advanced active emissions control technology. While the AWT systems take wastewater through a comprehensive process of purification and very fine filtration that transforms it into nearly tap-water quality.

MSC Seashore will also be fitted with shore-to-ship power capabilities that allow the vessel to connect to local power grids while at berth, further reducing air emissions.

The Safe Air sanitation system was developed by Fincantieri’s designers and technicians and ICGEB, a research institute headquartered in Trieste, Italy.

The institute provides businesses with scientific support to develop innovative technological solutions for the control of virus infections, which is particularly relevant today given the current global health crisis.

As explained, the next-generation air sanitation system will be based on the technology of UV-C lamps, i.e. type C ultraviolet rays, applied in combination with the air conditioning system. In this way, the air flow will be radiated at source with a short wavelength light, hitting the organic particles and thereby preventing the circulation of air pollutants such as viruses, bacteria and mould. 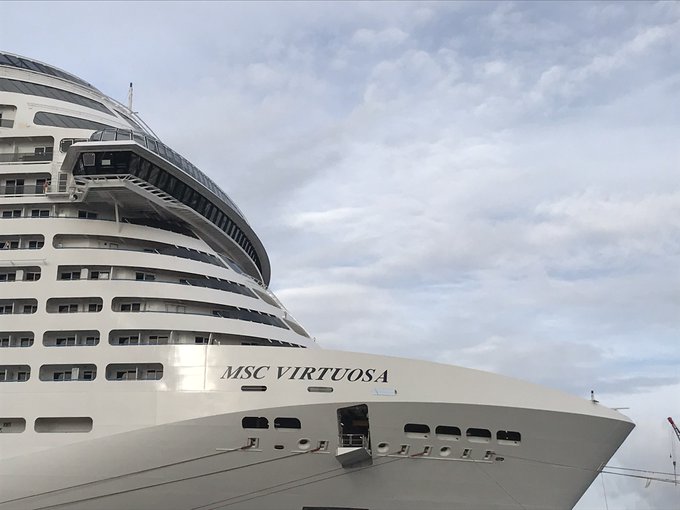