Mumbai Maersk runs aground off Wangerooge

A Denmark-flagged ultra large containership (ULCV) has run aground some six kilometers north of Wangerooge, a German island, while approaching the Weser estuary.

The ship in question is the 20,568 TEU Mumbai Maersk, owned and operated by Danish shipping giant Maersk.

The incident occurred on 2 February at around 23:00 CET while the 400-meter-long boxship was en route to Bremerhaven from Rotterdam, Central Command for Maritime Emergencies Germany confirmed.

“All crew are safe, there is no pollution and no sign of hull breach,” Maersk said in a statement.

“The vessel is on ground on a shallow patch and as such the entrance to the port is not obstructed and port operations is running as normal.”

As informed, a first attempt to free the vessel was unsuccessfull. Extra tugs are being deployed and a new attempt is expected at the coming high tide around midnight on 3 February.

Sailing from Asia, Mumbai Maersk made its last stop in the Port of Rotterdam, the Netherlands, before grounding outside Bremerhaven.

The vessel was on its way to discharge and consequently, the cargo meant for Bremerhaven is still onboard, along with cargo destined for the Scandinavian countries, Maersk added. 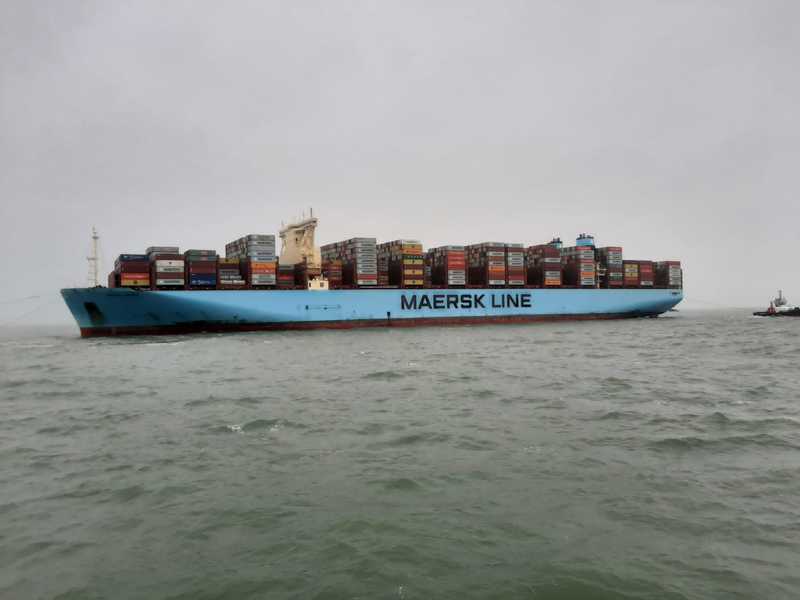