Nature and Biodiversity Conservation Union (NABU), a Germany-based environment association, has launched a campaign for a cleaner cruise industry.

“The ‘swimming hotels’ run by Carnival, Royal Caribbean, MSC and other shipping companies contribute massively to the air pollution that threatens our climate, our environment and our health,” NABU claims.

According to the association’s cruise ship ranking 2015, presented on Thursday in Hamburg, even though the cruise ships of leading cruise lines are becoming cleaner, there are still too few ships integrating technology aimed at cutting emissions.

The ranking examined the planned ship newbuilds until 2020 and was based on an analysis of recent developments on the European market with a focus on the environmental performance of ships. The key factors examined were the fuel used, the planned emission abatement techniques as well as other emission reducing measures.

NABU representatives welcomed at the presentation of the ranking the willingness of some providers such as AIDA and Costa Cruises to get a handle on the massive emission problem of their ships following their announcement on construction of the industry’s first LNG-fueled cruise ships.

On the other hand the association criticized big market players such as Royal Caribbean and MSC that installed scrubbers across their fleet and are still using heavy fuel oil (HFO) that should be abandoned across the shipping industry as it pollutes the air massively and can also cause huge environmental disasters.

“Companies that still dread to invest in emission abatement techniques and better fuels today act completely negligently. It is unbelievable that a big part of the cruise industry makes good money at the expanse of environment, climate and human health but ducks away when it comes to taking over responsibility,“ says NABU CEO Leif Miller.

Malte Siegert, Head of Environmental Policy at NABU Hamburg commented: “The city of Hamburg decided, in order to somewhat handle the increasing air pollution from cruise ships especially near residential areas, to equip the cruise terminal in Altona with an onshore power supply (OPS) that cost several million Euros and to finance the infrastructure on land for an LNG barge at the cruise terminal Hafencity.”

Siegert added that the ship owners now need to make use of the energy provided so the ships engines can be shut down during berthing time.

“An OPS of course only makes sense if the energy comes from renewable sources. Still ships need to be equipped with SCR catalysts and diesel particulate filters in order to reduce diesel soot and PM the same way it is a standard for cars and trucks since many years. That is still needed because once the plug is pulled from the OPS a ship continues to emit health impairing emissions in the port and on the river Elbe.”

NABU’s findings come in the wake of a recently unveiled study from the Helmholtz institute that showed the massive impact of ship emissions on deterioration of human health. 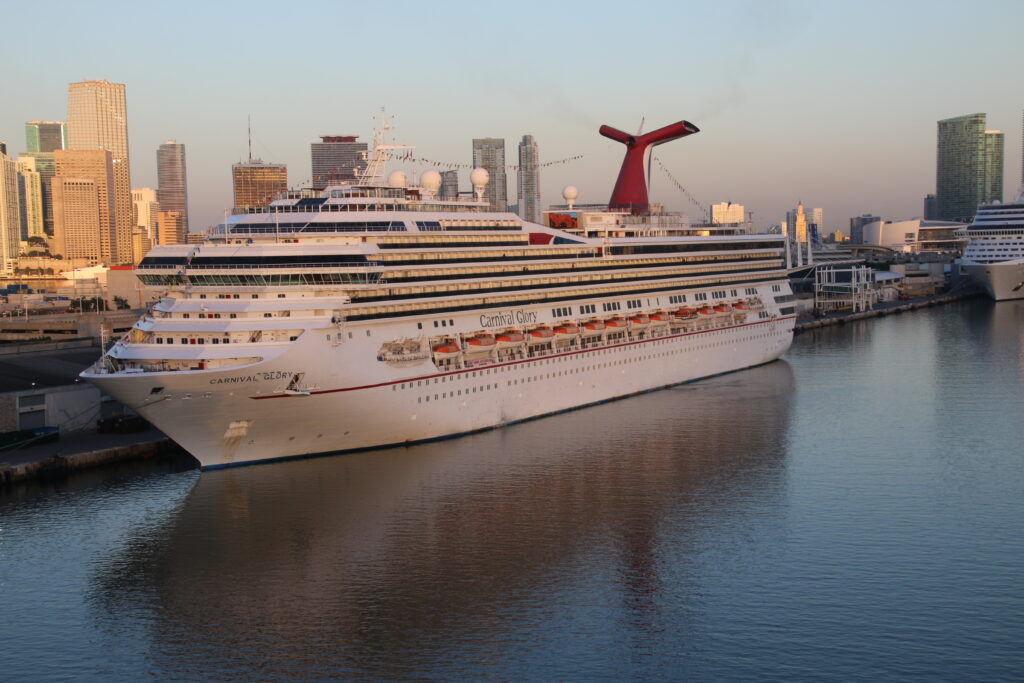