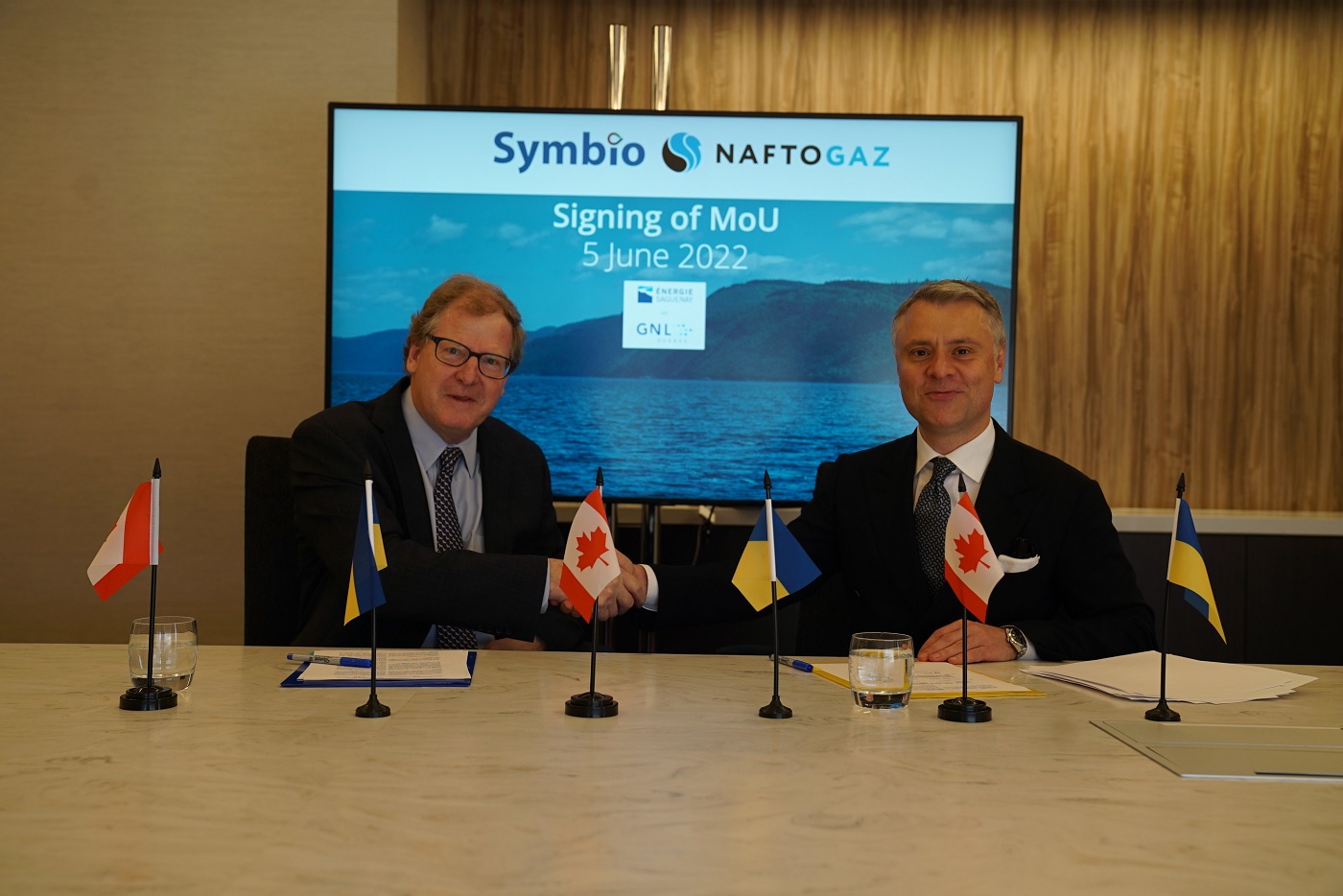 Naftogaz and Symbio enter into LNG and LH2 deal

The parties signed a memorandum of understanding (MoU) on deliveries of low carbon LNG and green hydrogen to Ukraine on 5 June 2022 in Washington, D.C.

The companies intend that the LNG and LH2 will be delivered to an import terminal in a mutually agreed European transit country. Symbio will supply what it said is the world’s lowest carbon LNG to Europe thanks to Canada’s regulatory standards for natural gas production and the use of renewable hydroelectricity to power its facilities.

“This agreement is an important milestone on Ukraine’s path of transitioning to diverse supplies of energy from around the globe, which we began at the end of 2014, when we stopped the direct import of Russian natural gas. Since then, we’ve fortified our energy independence by being an active player in the European energy market. We believe opportunities for procuring reliable, responsibly produced long-term energy supply from allies like Canada – and from Symbio’s facilities – by 2027 is critical to our energy security, transition and future economic prosperity,” said Yuriy Vitrenko, CEO of Naftogaz Ukraine.

This MoU advances the stated ambition of the Canadian government, which has publicly confirmed its interest in helping Europe address its energy crisis and need for LNG supply diversification by fast-tracking relevant approvals to export natural gas from eastern Canada to Europe through ultra-low emissions LNG export facilities with the capability to export hydrogen in the future.

Symbio, through its subsidiary GNL Québec, is developing Énergie Saguenay, the large-scale, carbon-neutral LNG export facility in Quebec, Canada. The facility will liquefy and export 10.5 million tonnes or 15 billion cubic metres (bcm)/year of clean LNG to Europe (roughly 17 per cent of Germany´s annual gas consumption or about half of Ukraine’s consumption).

Symbio said it will help diversify the European energy supply and contribute to Europe’s energy transition by building future-proof, net-zero, energy infrastructure. Pending the expedience of regulatory authorizations, Symbio’s projects are scheduled to start operations in 2027.