Norway’s NEL Hydrogen ASA has won the contract to deliver the offshore electrolysis system for the PosHYdon project in the Dutch North Sea.

The PosHYdon pilot is an initiative of Nexstep, the Dutch association for decommissioning and reuse, and TNO, the Dutch organisation for applied scientific research, in collaboration with the industry.

The aim of the project is to integrate three energy systems on one platform: offshore wind, offshore gas, and hydrogen.

The electrolysis system will be placed within a sea container and installed on Neptune’s Q13a-A platform located some 13 kilometres from Scheveningen.

Electricity generated by offshore wind turbines will be used to power the hydrogen plant on the platform, converting seawater into demineralized water, then into hydrogen via electrolysis.

The pilot project is due to begin production later in 2021.

The aim of the pilot is to gain experience in integrating working energy systems at sea and the production of hydrogen in an offshore environment. 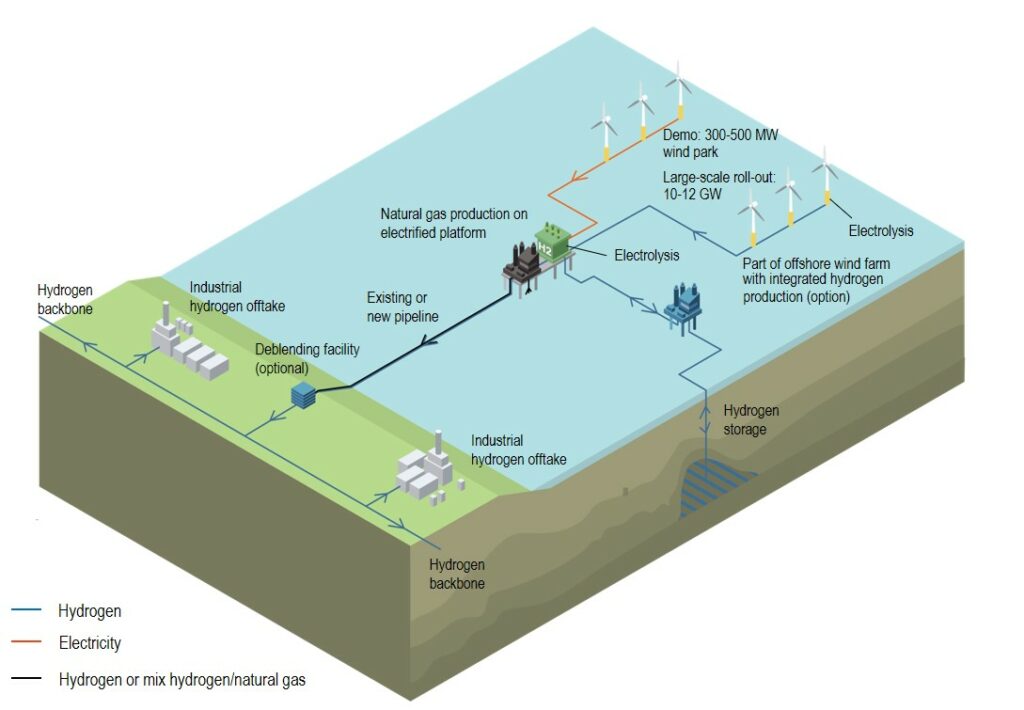