Neptune Energy said on Thursday that the CCS project could potentially and safely store 120-150 million tonnes of CO2. The company will conduct the study in cooperation with its licence partners EBN, Rosewood Exploration, and XTO Netherlands as well as CO2 emitters.

The company added that the study would assess the feasibility of injecting between 5 and 8 million tonnes of CO2 annually into the depleted gas fields around the Neptune-operated L10-A, L10-B, and L10-E areas.

If the project is developed, it will be one of the largest CCS facilities in the Dutch North Sea and could meet more than 50 per cent of the CO2 reduction being targeted by the Dutch industrial sector.

According to Neptune, the Dutch North Sea has the potential to become a new energy hub given its existing infrastructure that connects offshore with onshore. It will also be home to the world’s first offshore green hydrogen pilot – PosHYdon, which Neptune’s Q13a platform will host.

Lex de Groot, managing director of Neptune Energy in the Netherlands, said: “The first step is a feasibility study to confirm that CO2 can be handled and stored safely in these depleted gas reservoirs, using our existing infrastructure. We will engage with organisations and emitters to offer safe and competitively priced CO2 storage.

“As the largest offshore gas producer in the Dutch sector of the North Sea, we are well-positioned to help the Netherlands achieve its climate goals by using existing infrastructure to enable offshore CCS and offshore green hydrogen production”.

Jan Willem van Hoogstraten, CEO of EBN, added: “CCS is crucial for the Netherlands to achieve the Paris climate goals.

“We are already making great strides with the Porthos and Athos projects that want to store CO2 in empty gas fields off the coast of Rotterdam and IJmuiden respectively. This study by Neptune is another important step to convert the empty offshore gas fields into large-scale CO2 storage.

“Obviously, we are pleased to participate in projects of our joint venture partners that use existing infrastructure for the safe offshore storage of CO2”.

Neptune already has significant experience with carbon capture and storage, having carried out a 14-year project on its K12-B platform offshore the Netherlands, reinjecting CO2 into the gas field.

The project was carried out in partnership with TNO, the Dutch organisation for applied scientific research. 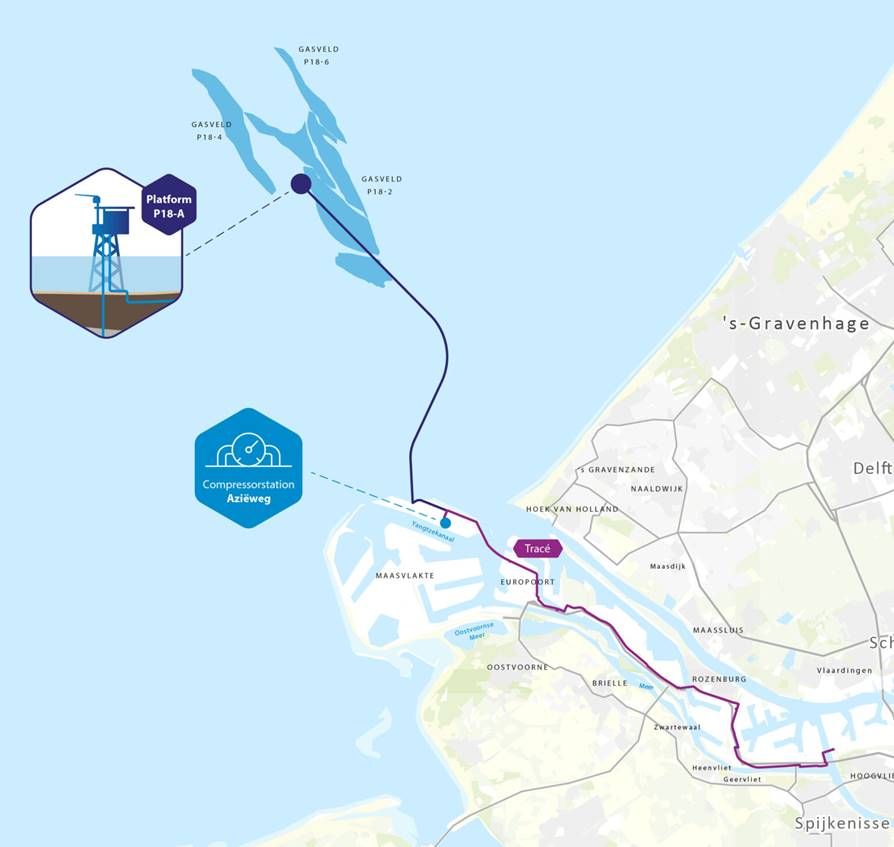