On 24th January, Sirris launched its fourth Application Lab, the Offshore Wind Infrastructure Application Lab (OWI-Lab), in the Port of Antwerp in the presence of more than 100 wind industry representatives.

This lab will make state of the art measuring and test equipment available to businesses and start innovation projects in cooperation with these companies in order to let offshore wind energy become a cost-effective source of alternative energy.

By combining strength and knowledge, with the launch of the OWI-Lab Sirris wants the efficiency, reliability and profitability of offshore wind energy to really take off. The R & D project is an initiative by a number of leading companies in the Belgian wind industry (3E, GeoSea-DEME, ZF Wind Power –former Hansen Transmissions – and CG Power Systems), in close cooperation with the Agoria Renewable Energy Club and Generations, the industrial innovation platform for renewable energy technologies in Flanders. The University of Brussels (VUB) will be responsible for the academic research part in the project in close cooperation with the other local universities.

In Sirris, the industry has found the right partner to launch this project with. “The OWI-Lab builds a bridge between the industry and research partners,” Herman Derache, Director Sirris Flanders, explains. “The Application Lab’s task is to translate the research by the partner universities into industrial applications. We will make sure that, besides the knowhow of the universities, our industrial partners can also make use of state of the art infrastructure.”

Belgium has been home to a number of pioneers in wind energy since 1970. Some of them are still active today, and since then the sector has grown and expanded. The initiators of the OWI-Lab and the other companies involved in research and the construction of the first two offshore wind farms in Belgium, C-Power and Belwind, are well known in the offshore wind energy market. Belgium can players of world ranking to account for when it comes to offshore installations, software, development and simulation. “To make sure we keep our leading role in the industry, we must take action to remain innovative,” says Jan Declerq, CTO of CG Power Systems and chairman of the Agoria Renewable Energy Club. “And the OWI-Lab is a first step.”

Offshore wind energy is taking off fast: between today and 2015, 12 GW will be installed offshore, no less than three times the amount of what was realised from 1991 till 2011. This amount is huge, and lots of challenges have to be tackled, not only technologically but also financially.

For Sirris, the launch of the OWI-Lab means a fourth Application Lab and two new locations, in Antwerp and at the offshore locations, to carry out measurements. The project budget – with co-financing from the Flemish government and support from IWT – will be used to set up the high-tech infrastructure. The facility in Antwerp will be a test facility for accelerated lifetime and system testing of large and heavy wind turbine components. Furthermore, a large climate chamber will be build to perform mechanical and electrical tests within a temperature range between -60 °C to +60 °C. Such tests are essential if one is to build reliable offshore machines, standing kilometres away from the coast. The industry thus hopes to be thoroughly prepared for all possible surprises at sea.

“The port of Antwerp is ready with its logistics infrastructure and logistics to receive the heavy turbine components that will be tested. Furthermore, the port aims at realising a strong position in the wind energy sector,” says Marc Van Peel from the port operator, Gemeentelijk Havenbedrijf Antwerpen.

Project partners 3E and GeoSea have already invested in stationary and floating LIDAR systems to gather wind resource data in offshore conditions; last year, OWI-Lab installed sensors and a ‘structural health monitoring’ system (SHM) on one of the Belwind turbines in order to gain more insight into structural vibrations caused by wind and wave on the tower and foundation. Other topics are in the pipeline and will be dealt with later in the project. 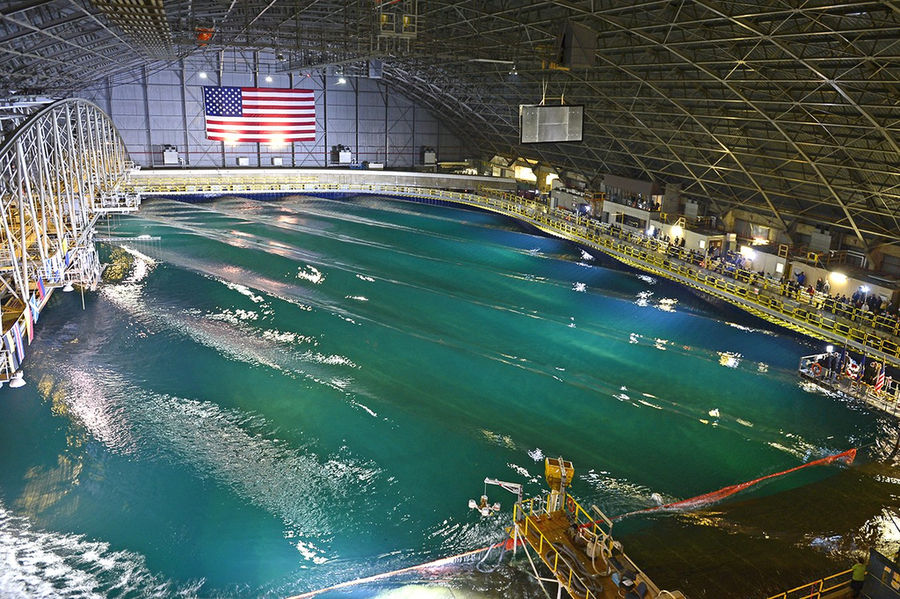