The Shipping Corporation of India Ltd. (SCI) accepted delivery of second vessel of the four Kamsarmax bulk carriers built by Jiangsu Eastern Heavy Industries Co. Ltd., China on 20th May. Orders for these vessels were placed in September 2010. The first vessel m.v. “Vishva Jyoti” was delivered on 18th December 2012.

SCI had been predominantly operating smaller sized Handymax and Handysize bulk carriers in the past. With delivery of these larger Kamsarmax bulk carriers having higher cargo carrying capacity, SCI would be increasing its presence in India’s import and export of Dry bulk cargoes. The vessels are suited for worldwide trading and can be alternatively deployed in cross trades depending on the opportunities available. These bulk carriers were ordered as part of replacement of SCI’s existing Daewoo series Handymax bulk carriers which were built in 1986/87 and have been phased out from services.

m.v. “Vishva Chetna” has a gross tonnage of 44,864 tonnes and deadweight of 81,734 tonnes. The vessel is dually classed with BV and IRS and has been built to comply with the latest and most stringent international regulations.

India is one of the growth drivers for the world economy recording impressive GDP growth compared to the developed economies. Industrial and infrastructural development plays a major role to sustain this growth. As a National carrier, SCI has been aiming to increase its presence in India’s ever increasing dry bulk trade and strengthening the bulk carrier fleet would help SCI contribute to this growth.

With the addition of this vessel, SCI’s fleet strength stands at 79 vessels of 5.96 million dwt. Acquisition of this vessel is in line with SCI’s strategy of maintaining a modern and young fleet of vessels. The Company has 15 vessels on order at present. 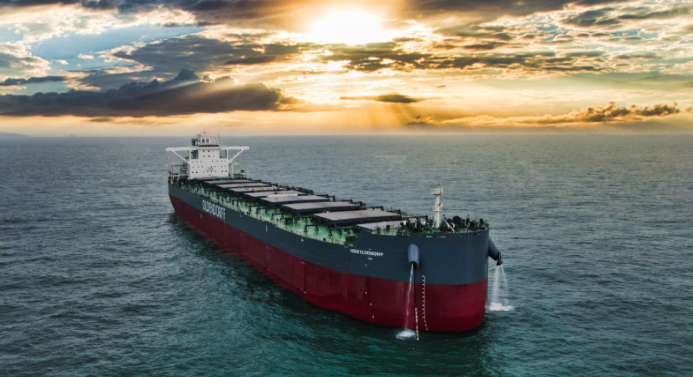